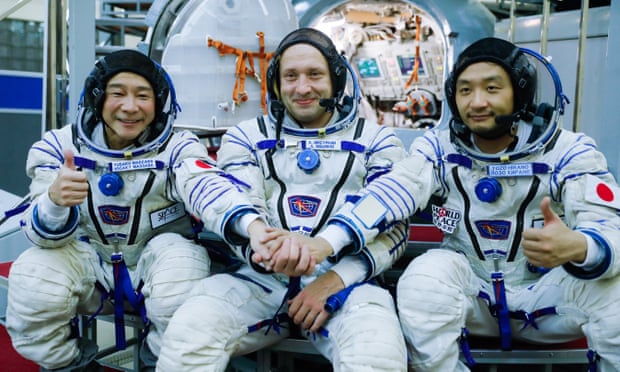 Yusaku Maezawa, a billionaire from Japan, has spent twelve days in space and successfully returned to Earth.

In his videos, the Japanese tourist showed his followers how to properly drink tea and sleep in zero gravity, adding that “peeing is very easy”. In fact, Maezawa was delighted by the new skills and even demonstrated a handheld funnel astronauts use to suck urine away.

The 46-year-old fashion tycoon has spent 12 days on the International Space Station with his assistant Yozo Hirano and Russian cosmonaut Alexander Misurkin.

The tree-member-crew ISS reportedly landed on the steppes of Kazakhstan at 9.13 a.m. local time, some 148 kilometers southeast of the city of Zhezkazgan. Upon landing, all astronauts conducted a medical check-up.

Both Japanese space travellers, Maezawa and Hirano, became the first self-paying tourists to visit the space station since 2009. For Russian Misurkin, it was his third space mission but the first one with the non-professionals on the board.

“The flight of the ‘tourist’ spacecraft Soyuz MS-20 has been completed,” Roscosmos said in a statement on its website.