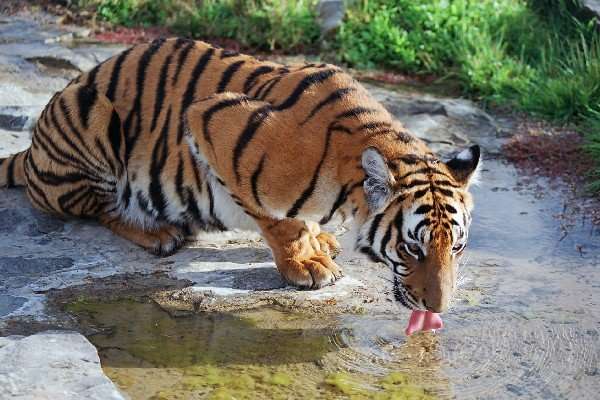 China allowed the use of rhino horns for medical purposes, the new rules came into effect on October 6. In addition, the new law lifts the 25-year-old ban on using the tiger bones, Telegraph reported.

China’s State Council has noticed on the changing and refreshing the 1993 ban on the trade of tiger bones and rhino horn. In its new version, the ban includes certain exceptions under “special circumstances”, such as medical and scientific research, educational use, and as part of “cultural exchanges”.

While rhino horn and tiger products classified as “antiques”, they could be used in “cultural exchanges” with the approval of culture authorities. Despite this, they still may not be sold/exchanged on the market or via the internet.

China’s decision caused a stir in WWF, which said such a move would have “devastating consequences globally”. In particular, the statement reads:

“Even if restricted to antiques and use in hospitals, this trade would increase confusion by consumers and law enforcers as to which products are and are not legal, and would likely expand the markets for other tiger and rhino products.”

Although using tiger bones in Chinese medicine was banned, the commercial tiger farms in China are legal. Beijing banned trade in tiger bones and rhino horns, both prized in traditional Chinese medicine, 25 years ago as part of global efforts to halt declining animal stocks.

Despite the ban, the illegal poaching has continued in China, driven by demand in an increasingly affluent country, say the ecological experts. Conservation groups say Chinese traditional medicine recipes can make use of substitutes for products from wild animals.