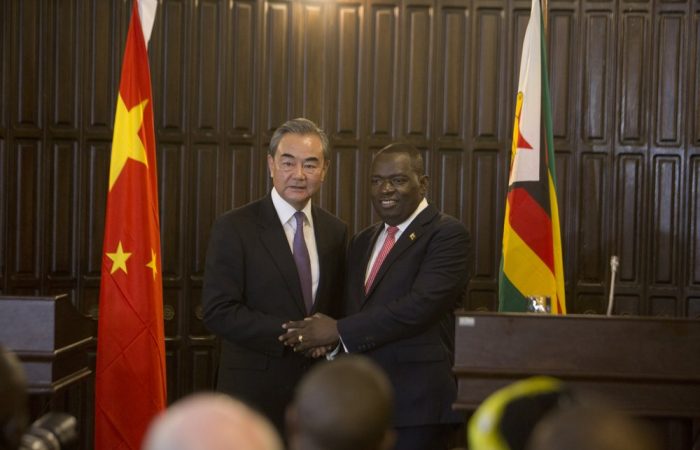 China’s Foreign Minister Wangi Yi visited Zimbabwe’s capital as part of a five-nation tour of Africa. On Monday, the Chinese top official had a meeting with President Emmerson Mnangagwa who praised his country’s relations with China.

Chinese top diplomat’s tour aimed at promoting the Asian economic and political interests in Africa, so, visit to Zimbabwe is a quite logical and necessary step. In Harare, the Chinese foreign minister was welcomed by his Zimbabwean counterpart, both officials had a joint press conference on Sunday.

President Mnangagwa assured minister Wang Yi in further economic cooperation between their countries. For China, promoting the national economic and political interests on the continent is also important and perspective direction.

Zimbabwe’s leader, who suspended his three-week annual leave to meet Wang, told reporters after the meeting that relations between the two countries have “a solid foundation.”

China has strong presence in the African continent, including Zimbabwe

The Chinese diplomat was asked Zimbabwe’s Vice President Constantino Chiwenga on Sunday to support several projects. However, no details were given. While, Zimbabwe urgently needs international investments to many sectors, from energy to agriculture, mining and trade in wildlife as well as refurbishment of infrastructure, the Western investors express scepticism about Mnangagwa’s promises of reform.

Since 2003, a year when a ‘Look East’ policy was adopted to survive under Western economic sanctions, China has become Zimbabwe’s biggest source of foreign direct investment. The Chinese businesses have ties to the powerful military, including the construction of a military university on the outskirts of Harare.