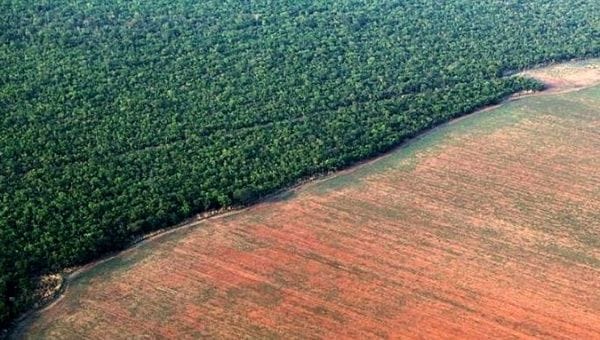 Deforestation remains one of the biggest challenges in the 21st century, many governments are sharing their best practices and ideas on how to keep the forests, a planet’s lungs. In 2018, tropical tree losses persist at high levels, says The Global Forest Watch (GFW) report.

The 2018 GFW report paints a complex picture of what’s going on in the heavily forested tropical regions of the world that range from the Amazon in South America, through West and Central Africa to Indonesia.

Around 12 million hectares of forest in the world’s tropical regions were lost in 2018, equivalent to 30 football fields per minute. According to analysis, there is a decline on 2016 and 2017, it is still the fourth highest rate of loss since records began in 2001. Deforestation is a trend, which Earth should end as soon as possible. Even the shortest pause in the deforestation means a lot for the health of the planet’s lungs, say the researchers.

Of particular concern is the continued destruction of what are termed primary forests. An area of these older, untouched trees the size of Belgium was lost in 2018. The forests of the Amazon basin are home to an estimated 20 million people. Among them are dozens of tribes living in voluntary isolation.

As well as providing food and shelter, the trees in these regions are important to the world as stores of carbon dioxide and play a key role in regulating global climate change.

The data from 2018 shows a drop from the previous two years, which saw a huge amount of trees lost to fire. However, those involved in the research say this good news is somewhat qualified.

However, it is clear that the overall trend is still upwards. Campaigners are concerned that the rise comes despite pledges made in 2017 by leading cocoa and chocolate companies to end deforestation within their supply chains.

Experts say it is too early to tell if changes to environmental laws brought in by President Jair Bolsonaro have made any difference. The country experienced a major drop in deforestation between 2007 and 2015, by around 70%.

The Global Forest Watch notes that in 2018 several hotspots of primary forest loss occurred near or within indigenous territories. The Ituna Itata reserve, home to some of the world’s last uncontacted tribes, saw more than 4,000 hectares of an illegal clearing.