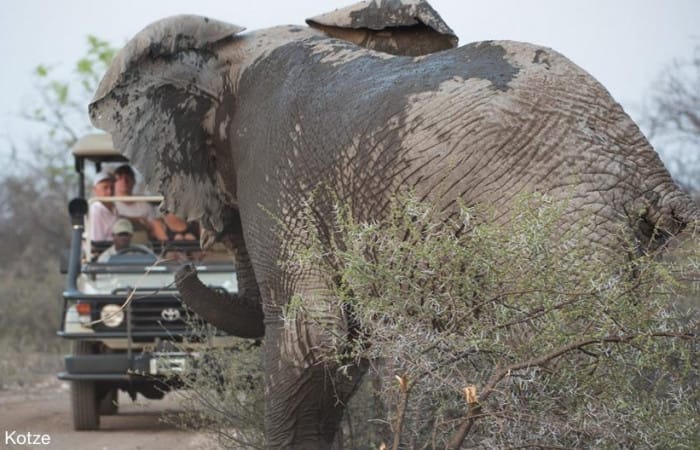 Diamond company De Beers will donate $500,000 over five years to the Peace Parks Foundation conservation group to combat elephant poaching in Mozambique. The first step of that ecological programme is moving of 200 elephants from South Africa to Mozambique, BBC said.

The Belgian diamond producer has officially started an operation to move 200 elephants from the private Venetia Limpopo Nature Reserve in South Africa. The point is the elephant population in a park was too high and risked causing extensive damage to the ecosystem. The moving of the 200 huge animals would boost elephant numbers in neighbouring Mozambique, De Beers’ spokesperson said. Since 1992 when Mozambique’s 16-year civil war began, park’s elephant population had been decimated.

Mozambique suffers from some of the highest rates of poaching for ivory, those animals are threatened with extinction because of poaching. According to campaign group Fauna and Flora International, more than half of its elephant population could disappear in the next five years because of an illegal hunt.

De Beers said it would transport 60 elephants to the state-owned Zinave National Park in July and August while the remaining 140 would be moved to parks, which had enough space to accommodate them, from 2019. The world’s leading diamond producer has released an official statement prior to staring the ecological operation.

There was “no greater symbol of Africa than the majestic elephant”, and the relocation would help secure their future in Mozambique, the firm added. The 408,000-hectare Zinave National Park had only about 60 elephants, De Beers’ statement reads.

Peace Parks Foundation CEO Werner Myburgh welcomed the relocation, saying it would “bring us one step closer to achieving our dream of restoring the landscape” at the Zinave National Park.