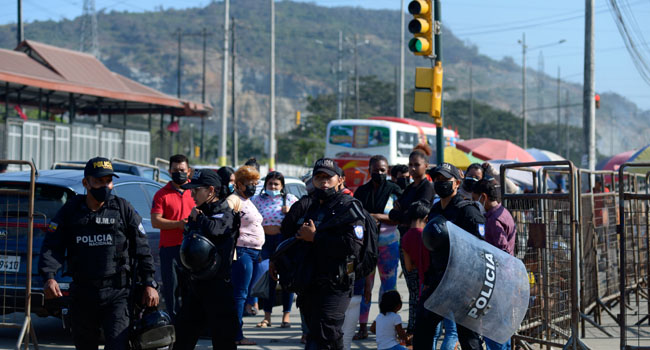 Ecuador’s President Guillermo Lasso declared a state of emergency in the country’s jail system following the violent riots that resulted in the deaths of 22 inmates this week.

Several policemen were injured during riots at two of Ecuador’s largest penitentiaries. The violent protest actions are marking the second major deadly wave of prison violence this year.

In its efforts to calm down the situation, special police units deployed to the jails in southern Guayas province and Cotopaxi province, south of Quito, the capital.

In February, at least 79 inmates died at three prisons – including the centres in Guayas and Cotopaxi – in clashes between rival gangs. Guayas is home to Guayaquil, Ecuador’s largest city.

“I want to say to the mafias that seek to threaten this country that they’re mistaken if they think this government will act with the same weakness as the previous ones,” President Guillermo Lasso said in a speech in the city of Latacunga.

On Thursday, President Lasso declared a state of emergency in the Ecuadorian jail system, while Interior Minister Alexandra Vela said 78 prisoners had been recaptured. According to Vela, 41 prisoners and five police officers were wounded at the Cotopaxi prison.

Meantime, the Ecuadorian officials have for years sought to reduce violence at the country’s overcrowded prisons, home to some 38,000 inmates.