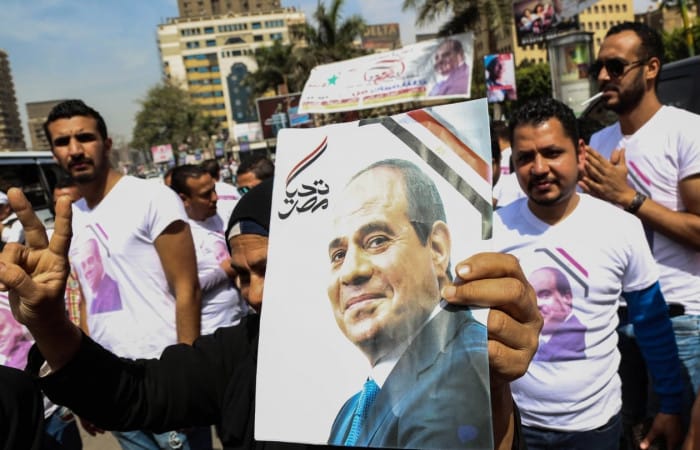 Abdel Fatah al-Sisi’s popularity in Egypt is even stronger that Putin’s in Russia: the Egyptian leader won the presidential race more than 90 percent of the vote, MENA reported.

In Egypt, the presidential elections’ result was easy to predict, from its very beginning it was an almost one-horse race until the moment when little-known Moussa Mostafa Moussa registered immediately before the close date for applications. Thanks to that move, Abdel Fatah al-Sisi got an officially registered rival.

Though the outcome was expected, Sisi had urged Egyptians to vote in high numbers in order to claim a popular mandate for his continued rule, which began in the wake of a military coup in 2013. Opposition groups had called for a boycott of this week’s vote, which they labelled a facade.

2018 presidential race is over, Egypt got a new old president. At a news conference, election commission official Mahmud al-Sherif said there had been no violations of Egypt’s election law. There were no presidential debates and Sisi himself did not appear at any official campaign events, although he spoke at a number of ceremonies.

In his recent interview with the local media, President Sisi said he had wished there were more candidates, denying any role in sidelining them. At a speech before the vote he also called for a high turnout, “I need you because the journey is not over,” Sisi told a mostly female audience. “I need every lady and mother and sister, please, I need the entire world to see us in the street” voting.

Sisi promised to revive the economy of Egypt, which is still suffering from the consequences of 2011 Arabian spring. Time to time, the police reported about the bomb attacks, the most recent one was registered last week, in Alexandria.