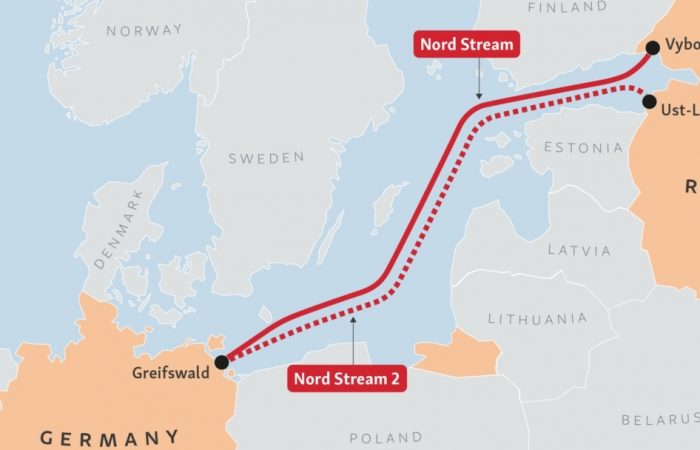 Vladimir Putin said on Friday that surging gas prices is the European Union’s problem. The bloc can only blame its own policies for record gas prices as some of its nations resell cheap Russian gas at much higher prices within.

EU’s benchmark gas price climbed to a new record on Tuesday, up almost 800% since the start of the year. The price eased on Friday, but it was still up more than 400%, an unbelievable record.

Commenting on  it, the Russian President also called on the EU to approve a new Russian gas route from Russia to Germany, the Nord Stream 2 pipeline, to ease the price crunch. The pipeline which was built in September, is still awaiting regulatory approval from both Berlin and Brussels.

Moreover, Putin reminded EU that Germany was reselling Russian gas to Poland and Ukraine rather than relieving an overheated market.

Gazprom, which has a monopoly on Russia gas exports by pipeline, has not booked gas transit capacity for exports via the Yamal-Europe pipeline for Dec. 24, auction results showed on Friday.