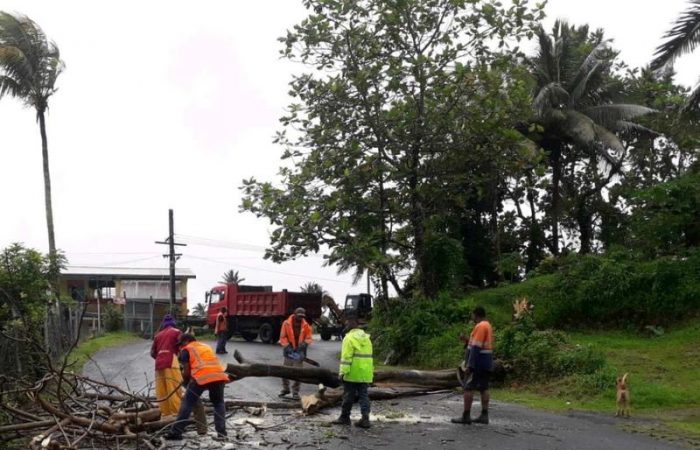 Among the killed due to the natural disaster was a three-month-old baby, confirmed Fiji Prime Minister Frank Bainimarama. The Cyclone Yasa, a top category five storm, is leaving a trail of destruction across the Pacific nation, the local emergency service said on Friday.

Fiji on Thursday had declared a state of natural disaster, implemented a nightly curfew and ordered its entire population of nearly 1 million people to seek shelter.

The northern island of Vanua Levu suffered a lot from Cyclone Yasa. The storm caused the landfall over Bua province on Thursday evening, bringing torrential rain. The powerful wind and widespread caused additionally the heavy flooding across the Pacific archipelago.

Fiji suffers from blackout due to Cyclone Yasa

Scores of houses were destroyed, while power was cut to some areas and roads blocked by fallen trees and flash flooding. The roads left blocked by landslides, floodwaters and power lines.

As Fiji’s Road Authority said, all roads in Rakiraki, a district on the main island with about 30,000 residents, were flooded. The storm has flattened many buildings and crops have been flattened.

“Two fatalities have been confirmed. A 45-year old man in Labasa and a three-month-old baby,” Fiji PM said. “The dust has yet to settle… but we are likely looking at hundreds of millions of dollars in damages.”

The Fiji Red Cross Society Director-General Ilisapeci Rokotunidau confirmed by phone that villages in Vanua Levu have lost a lot of houses.

In his efforts to help the people, PM Bainimarama said authorities were scrambling to help affected communities. Adverse weather has hampered efforts by aid groups to dispatch in-time and needed assistance, with waves of more than 3 metres preventing ships leaving Suva.

On Friday, concerns remain about heavy rains, the meteorologists warn. Despite storm Yasa has weakened (category II), it still moves south across the Fiji island chain.