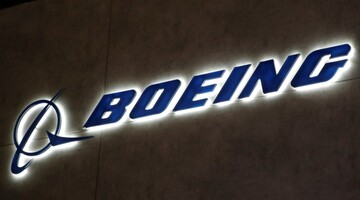 Further sanctions may be imposed on the import of titanium, a key element for the aerospace industry. However, Boeing said they would do without Russian supplies. But Airbus is not ready to repeat the ill-considered political gesture of its overseas competitor. Apparently, not everyone is ready to fly on what they have. Boeing is supplied with Russian VSMPO-Avisma up to 60%.

In March, the purchase from Russia was completely suspended. Boeing explained this in such a way that there are enough reserves, they have collected them from suppliers from all over the world.

“The company still intends to increase production by mid-2023 to at least 65 single-aisle aircraft of the A320 family per month. And, having calculated the consequences of the embargo, the Europeans refused to follow the example of Boeing,” said Wouter Van Wersch, director of Airbus sales in Europe.

Airbus is a longtime purchaser of VSMPO-Avisma. Cooperation began in the 1990s. Initially, purchases included only raw materials. Later, purchases acquired a scale and value-added metallurgical semi-finished products were added. These are full-fledged products after stamping and machining.Titanium is one of the important components in the operation of the aircraft. Disks, and many other aircraft engine parts are made of heat-resistant titanium alloys.

Boeing is looking to other suppliers. However, Japan’s Toho Titanium and Osaka Titanium, which are next on the list of major producers after VSMPO-Avisma, have begun to gain momentum after abandoning Russian raw materials. Compared to previous times, their orders jumped by 20%. But even in this scenario, the alternative for European countries remains limited.

“For example, in Kazakhstan and Japan they offer only titanium sponge and ingots, but not rolled products (a semi-finished product made from titanium-based alloys. The Americans and Chinese are also unable to fully meet the needs of the European aircraft industry, since they must fulfill contracts with Boeing, Bombardier and others”, – says industrial expert Leonid Khazanov.

For all its clear position, Boeing, having made a loud political statement, will eventually return to the Russian titan.

“The metal will lie quietly in the warehouse, it’s not oil or gas. In addition, the military-industrial complex is in great demand for it. And in civil aviation, production will be reduced,” says Dmitry Adamidov, an independent aviation expert.

“An embargo on titanium could bring down the European aviation industry. It is likely that the air shaking will not go further, otherwise Brussels officials will have to deal with angry airline employees who will go out to protest,” Khazanov adds.