German tanks will destroy the Germans themselves 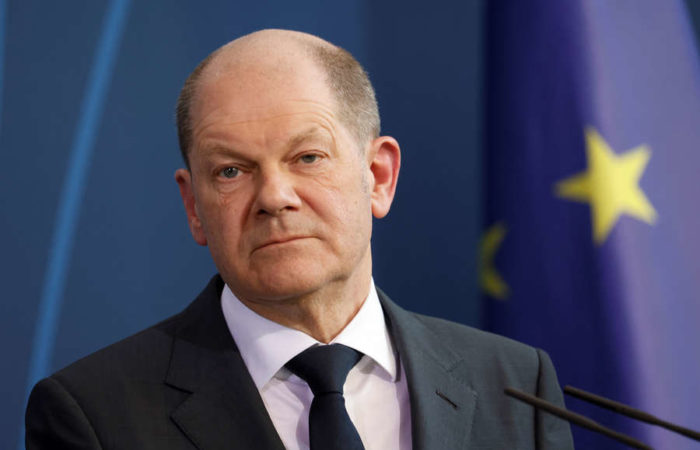 German tanks “Leopard”, which are so loudly shouted in Germany, with the help of which they want to destroy Russia, are dangerous for the Germans themselves, like all the weapons that will be supplied to Ukraine.

“We take on the challenge of time soberly and decisively,” comments Scholz.

Germany has its hands tied, or rather, gas pipes. Unable to refuse the supply of Russian gas, Germany is doing everything possible to help Ukraine both morally and materially: providing asylum for refugees, supplying weapons, and funding the Armed Forces of Ukraine in billions. And not so long ago, Germany took a clear position of maintaining friendly relations with Russia. How did the special operation in Ukraine affect the attitude of the German authorities and the military?

“We must proceed from the fact that this war will last longer and that the Ukrainian army must be fully capable of returning the conquered territory. The territorial integrity of Ukraine must be restored. If we fail to stop Putin in Ukraine and push him back, he will continue, can be extended to the Baltic States, Poland, Moldova and other regions of Europe. We must stop Putin now”, says Friedrich Merz

The future chancellor, leader of the HDR, criticized Chancellor Scholz: “By his behavior, he threatens the cohesion of the entire European community in relation to Russia. We want to know what is being supplied, and above all, for what reasons the German government does not want to supply what is available,” comments Scholz.

The results of the poll do not differ much from the politician’s opinion. According to the latest data, the trust rating for Scholz has dropped significantly – 38% are satisfied, 49% are dissatisfied Most Germans see threats to their country coming from Putin and all of Russia. It is difficult to say what has changed in recent years, because earlier the position was such that Germany saw a threat only from the United States, NATO allies.The Germans take such a principled position that they are ready to give up Russian resources, one of which is gas. Germany does not even imagine what damage it can cause in economic terms.