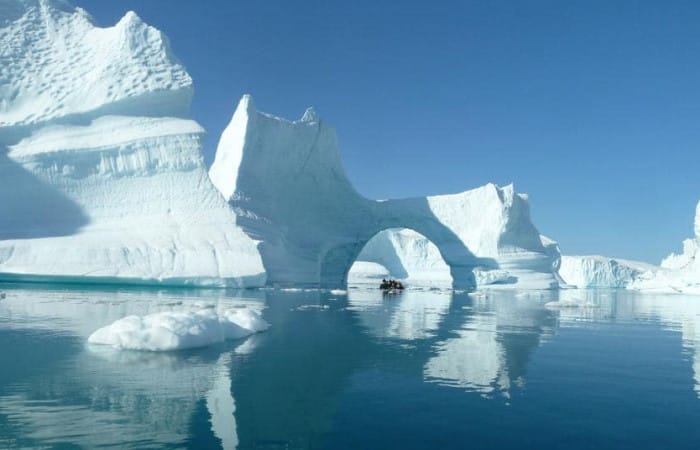 The ice shield in Greenland is melting faster, the researchers from the Technical University of Denmark (TUD) reported. Up to now, a rate at which the inland ice is disappearing increased fourfold from 2003 to 2013, The Local Denmark said.

Greenland’s ice shield is decreasing year to year, and the most alarming fact is that sped is increasing. According to the recent comprehensive study, 111 cubic kilometres of Greenland’s inland ice disappeared in 2003 while 428 cubic km of ice disappeared by 2013. In other words, we have a fourfold increase within the last 10 years, Shfaqat Abbas Khan, a researcher at the TUD, said.

«It is surprising that the ice is also melting in southwestern Greenland. In the future, melting water from that area is likely to make a major contribution to global sea levels,» Khan added.

The melting of the glaciers is caused in part by rising sea temperatures, whereby glaciers are meeting an increasingly warmer sea. But this doesn’t explain why the ice is melting in southwestern Greenland, where there are fewer glaciers.

The ice of Greenland is an extremely important part of the local ecosystem, so, decreasing the ice shield makes the irreversible changes to the environment. Up to now, the glaciological study’s focus has mainly been on the northwest and south-eastern part of Greenland.

But large amounts of ice are also disappearing from this part of the country, researchers concluded. This means that areas without glaciers — where the ice only melts a few summer months a year — also contribute to changes in sea level because the temperature in the air is rising.

According to Mr Khan, this means that the ice in those areas is contributing to the sea level to the same extent — or to an even greater extent — as in the areas where glaciers are located.

«This shows that it is necessary to observe climate change over a long period of time in order to be able to accommodate the variations in the weather that occur naturally,» Sebastian Mernild, a climate researcher at the Nansen Environmental and Remote Sensing Center.

The melting accelerated again in 2014, and Khan estimates that rate will be even greater in the future.

«As the temperature in the atmosphere continues to rise, we will see increased melting in Greenland,» he said.