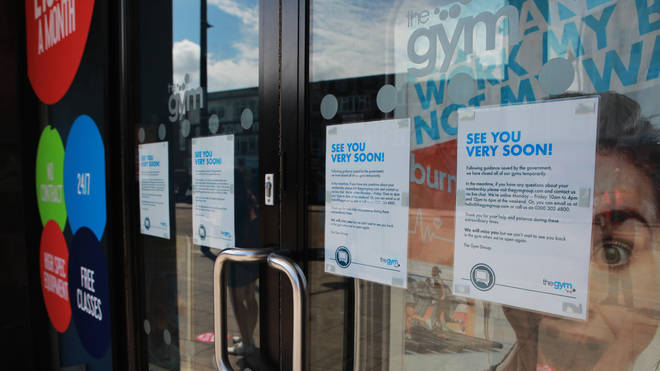 In the UK, indoor gyms have to remain closed for a while longer, however, pubs and restaurants are allowed to restart this week. As LBC News told, that decision of the British PM caused a stir among gym owners who called solution ‘illogical.’

Boris Johnson gave the green light for Brits in England to get back into the pub and into restaurants, but gyms still waiting for relaunching. Where is a point, ask the sport industry bosses.

Glenn Earlam, chief executive of David Lloyd Clubs, said it was a «completely illogical» move. Pubs and restaurants will be able to reopen, but health and fitness facilities won’t be able to.

«To us, this is bizarre because we are part of the solution. If people come to health and fitness facilities it helps boost their immune system, the chief medical officer has regularly said that health and fitness is one of the best things you can do to protect yourself from Covid-19,» Earlam said.

Meanwhile, pub bosses are sharing their fears about opening up this early, worrying that customers may not abide by all the distancing rules which have been laid out. Frankly, pub managers almost sure that people would just ignore rules on social distancing.

Under the new set of rules rolled out by the health ministry, pubs have also been told that bar service should not be used, and instead, staff members should operate a table service. In real life, it is just impossible.

Following a long period of quarantine, speaking as someone who enjoys a pint and a meal myself, it is easy to see the mental health of the nation benefits by getting back to some sort of normality as well.

PureGym, one of the UK’s largest operators with more than one million members, said in a statement: «We understand that these decisions are not easy, but it is a strange ‘war on obesity’ that sees pubs and restaurants open before gyms.

«Our facilities are, on average, the size of five or six doubles tennis courts and are exceptionally well ventilated, enabling people to work and exercise safely and securely.»

According to the owners of the gyms, people who have gone into COVID with good health have better outcomes than people who haven’t so. The industry bosses said they shocked and amazed that the Cabinet think it’s more important to have pubs open rather than facilities for people to take healthy activities in.

After Boris Johnson’s announcement, Culture Secretary Oliver Dowden tweeted that the «aspiration» was to reopen gyms by mid-July. Detailed sector-by-sector guidance is expected later on Thursday on how businesses can reopen in a COVID-secure manner.