Household cleaners are as bad as smoking for your lungs 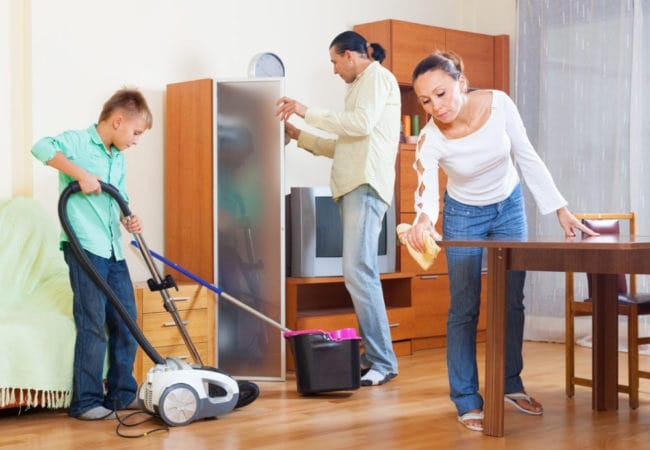 The Norwegian scientists the Department of Clinical Science, at the University of Bergen (UiB) revealed that the household cleaners we used to use are not healthy for our lungs. In fact, these substances as bad as smoking for your lungs, the article published in the American Journal of Respiratory and Critical Care Medicine says.

The scientists proved that the process of keeping the house clean can be rather dangerous, especially for your lungs. The DCS researcher team revealed that people who have regularly used cleaning sprays over 20 years have reduced lung function equivalent to smoking 20 cigarettes a day over the same period.

”People who have worked as cleaners or done household cleaning for 20 years have reduced lung function equivalent to smoking 20 cigarettes a day, for the same period of time,”

His researcher team from the Department of Clinical Science, at the University of Bergen, gathered enough statistical data, Mr Svanes is the main author of a new study, recently published in the American Journal of Respiratory and Critical Care Medicine. The research includes 6 000 participants, based on the European Community Respiratory Health Survey (ECRHS).

According to the latest research, the small particles that come with cleaning products harm the lungs sooner or later. The study also shows that cleaners have 40 percent higher risk of developing asthma than others.

Professor Cecilie Svanes at the Department of Global Public Health and Primary Care, UiB, supervisor of the study, says the cleaning sprays are the main problem.

Svanes notes and recommends using a bucket of water and soap when cleaning. You will not need a lot of chemicals after all, when cleaning.

‘Microfibre cloths may be just as effective,’