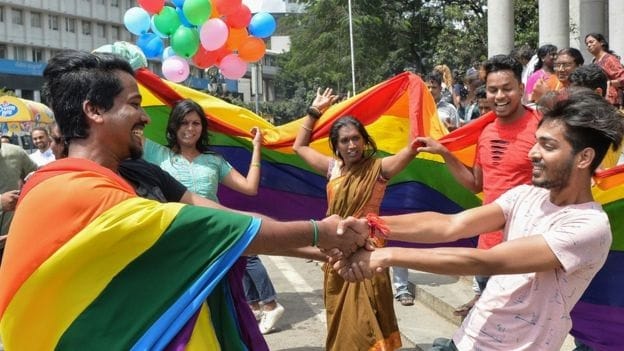 India joined many other countries where homosexual relations are legal, Telegraph reported. On Thursday, Supreme Court has decriminalised homosexual sex in a landmark judgment for gay rights.

India has lifted the 16-year-old ban on homosexual sex after the five-judge bench of the supreme court ruled on Thursday that law banning sex “against the order of nature” was unconstitutional. In fact, the law is 160 years old, the document amounted to discrimination on the basis of sexual orientation.

Dipak Misra, the chief justice in the final speech said that banning the homosexual sex used to lead to the social exclusion, identity seclusion and isolation from the social mainstream. In modern India, these are still the stark realities faced by individuals.

said judge Dipak whose speech included the quotes from Oscar Wilde, William Shakespeare, and Johann Wolfgang von Goethe. That German philosopher’s phrase “I am what I am, so take me as I am” became world-famous.

Another judge Malhotra added that history owes an apology to members of the community for the delay in ensuring their rights. The unexpectable verdict of Indian supreme court made happy thousands of homosexualists across the country. An official announcement of the decision drew loud cheers from a crowd gathered on a lawn outside the supreme court. According to statistics, India has one of the world’s largest populations of gay people.

LGBT activist Harish Iyer was happy to hear such a wonderful news. He said:

“I’m absolutely elated. It’s like a second freedom struggle where finally we have thrown a British law out of this country… I think the next step would be to get anti-discrimination laws in place, or anti-bullying laws.”