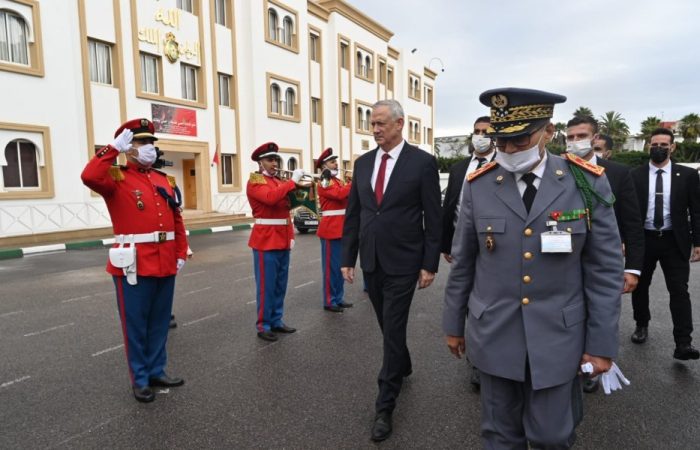 Prior to starting his visit to Morocco, Gantz said: “This is an important and historic visit.” Israeli Defence Minister arrived in Morocco last night to begin a two-day visit during which he is expected to “formalize” the ties between the two nations.

The Israeli top military official is scheduled to meet with the two Moroccan Ministers. The foreign minister Nasser Bourita has commented on the meeting with Mr Gantz, saying “This is the first formal visit by a defence minister to this country”. The Moroccans will continue to strengthen bilateral ties between the countries because that is eminently critical that we have a successful journey.

Morocco resumed diplomatic relations with Israel in December last year in return for the US recognizing its sovereignty over the Western Sahara.

Foreign Minister Yair Lapid travelled to Morocco in August to inaugurate Israel’s diplomatic mission in Rabat in the first visit to the country by an Israeli minister since 2003.

Ahead of today’s visit, the Moroccan military announced that it had purchased Israel’s Skylock Dome anti-drone air defence system.