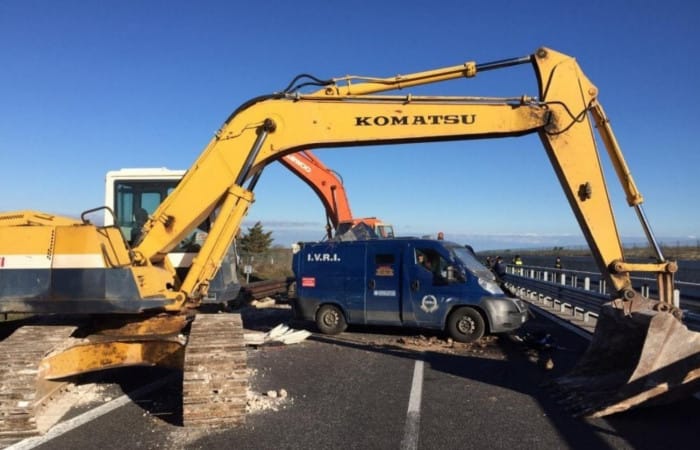 Italian police are investigating the unprecedented case in Bari.  To steal €2.3 million in cash, the armed robbers have used diggers to tear open a security van to steal its valuable content.

The police told that the armoured security van was carrying pensions from Bari to post offices in nearby Matera on Friday. The armed robbers intercepted the van and have blocked by two lorries, which were quickly set ablaze. Then the criminals used two diggers Komatsu for tearing opening the van with cash. According to police, diggers’ mechanical arms acted as tin openers and gained access to the pensions inside the van.

The professionally coordinated attacks on security vans have happened before, said the police. In 2015, a gang armed with Kalashnikovs blocked a motorway and stole around €5 million in a «military-style assault» on an armoured vehicle on a motorway near Ancona.

On Friday, the traffic was blocked on the highway for several hours as police investigated and emergency services removed the burning vehicles.