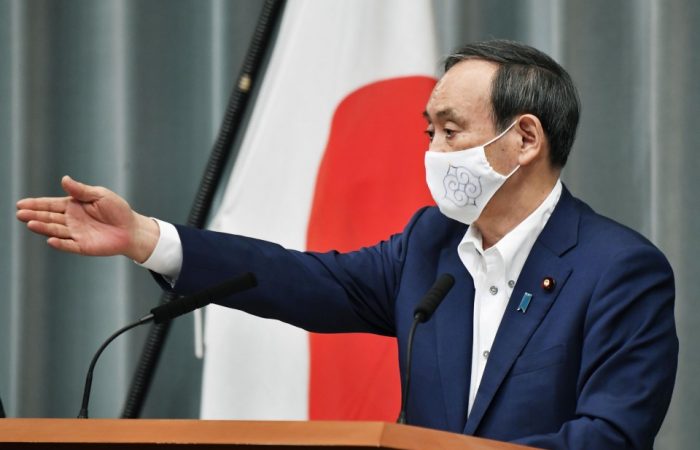 Japanese prime minister Yoshihide Suga had a phone conversation with Pfizer’s CEO. During the call, the head of the government asked for additional supplies of the covid-19 vaccine to Japan.

In his efforts to have safe Olympics in summer, PM Suga does its best to speed up an inoculation drive that lags behind many other countries.

On Saturday, the Japanese top official hold talks with the US President at Washington, later he made a call to Pfizer CEO Albert Bourla. The two sides have “practically reached an agreement” over the jabs, Taro Kono, a Cabinet minister tasked with vaccinations, confirmed on Saturday.

The deficit of anti-covid jabs has fueled doubts about whether or how the Tokyo summer Olympics, scheduled from July 23 until August 8, can go ahead. Now, the country has its domestic vaccine development still in its early stages. As of mid-April, Japan has to rely on imports and has signed agreements. Among vaccine’s suppliers are Pfizer, AstraZeneca and Moderna.

The government has secured 314 million doses, including 144 million doses from Pfizer, which is enough to cover its entire population by the end of this year.