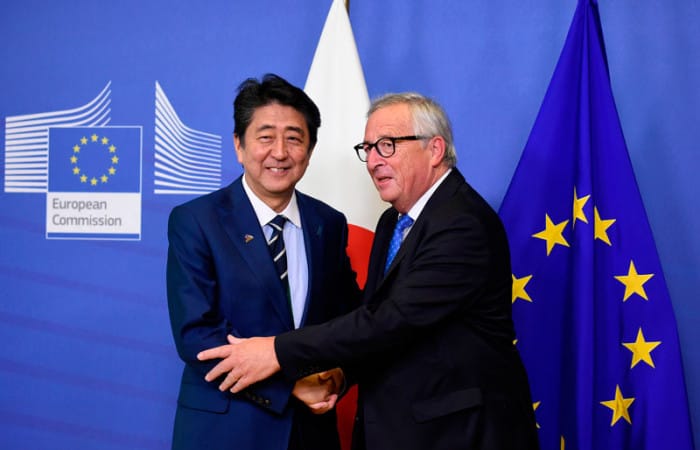 Japan and the European Union agreed to create ‘open trade zone’ when they signed the major free trade deal on Thursday. The Independent reported the new zone is going to cover 630m customers.

The EU’s Trade Commissioner welcomed the new agreement, saying European-Japanese economic partnership becomes the biggest trade zone ever negotiated. the signing a free trade treaty makes the dreams to become a reality. “That’s good news for the EU and all supporters of an open and fair international trading system,” Cecilia Malmstrom added.

According to EU’s Trade Commissioner Malmstrom, that were the UK to approve its exit deal with the EU, it would continue to get the market access benefits of Japan’s deal throughout a post-Brexit transition period.

The treaty was tagged a “cars for cheese”, under the new document, Japan got its major benefit – increasing an access for its domestic car manufacturers to the EU market. Europe, in its turn, also benefits because Japan will scrap many tariffs on continental agricultural goods like wine, meat, cheeses and Europe will remove duties on Japanese cars and car parts.

The biggest economic agreement was ratified by the Japanese parliament on December, 8. The pact also becomes the first trade deal to include a specific commitment to the Paris Accords on climate change, the document will come into force on 1 February 2019.