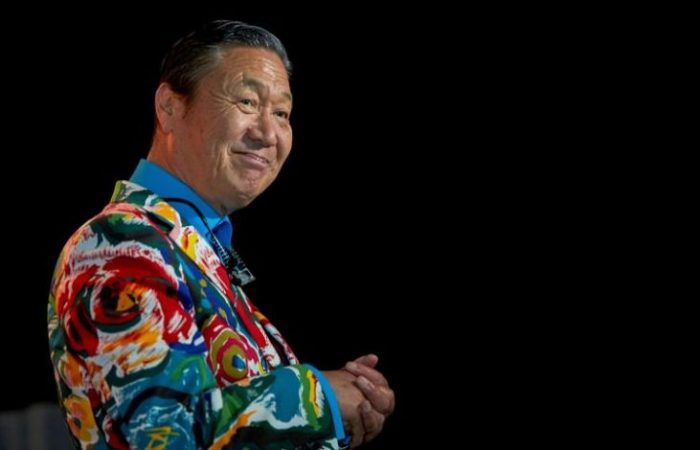 A fashion legend, Kansai Yamamoto, died at age 76 in Tokyo. The Japanese fashion designer is known for his jovial creations and work on costumes for the singer David Bowie. As Japan Times says, “Ziggy Stardust” became the symbol of entire epoche, and that Bowie’s image was created by Yamamoto.

Kansai Yamamoto has died of leukemia, his company announced on Monday. He was 76-years-old but full of energy despite the battle with cancer. According to the statement of Yamamoto’s company, a funeral was held with family and close relatives attending.

“He left this world peacefully, surrounded by loved ones,” his daughter and actress Mirai Yamamoto said on Instagram. As Kansai fought his illness, he remained always positive, never lost his passion towards creation, and was strongly determined to recover and come back with fully-charged energy to see you again.

The fashion star used to say that humans are possessed of limitless energy. In his efforts to diversify the fashion, Yamamoto created bold avant-garde pieces that defied gender norms and featured brilliant colours and patterns.

Born in 1944 in Yokohama, Yamamoto first entered university to study engineering before turning to fashion design, and in 1971 became the first Japanese designer to hold a show in London, blending traditional Japanese motifs – including designs from kabuki theatre – with fantasy in bright, bold designs.

The Yokohama-born designer debuted in London in 1971 as the first Japanese designer to organize a fashion show there. His collection in London brought him international recognition

In fact, a meeting with David Bowie became one of the milestones for the two artists. They’ve nat after a concert in New York City led to Yamamoto creating the wardrobe for Bowie’s Ziggy Stardust alter ego. “I found David’s aesthetic and interest in transcending gender boundaries shockingly beautiful,” he told website The Cut in 2018.

In one of his final Tokyo shows before turning primarily to becoming an event planner in 1993, Yamamoto paired chiffon minis with silvery lizard jackets in typical eclectic style.

“He never let this go, pursuing challenge after challenge no matter how hard things got,” the statement reads.