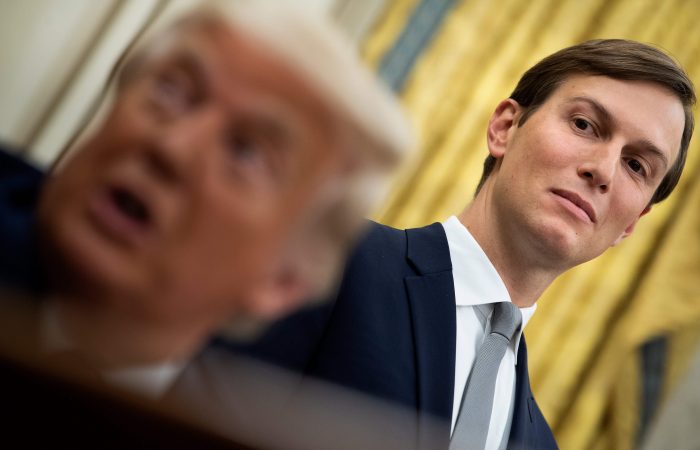 Jared Kushner, the US President’s senior adviser, scheduled for the next official visit. In a bid for further diplomatic deals in the Middle Eastern region before leaving the White House, Mr Kushner will visit Saudi Arabia and Qatar this week, the Wall Street Journal says.

For Kushner, a high-ranking official, both visits would focus on resolving a dispute between Qatar and the so-called Arab quartet — Saudia Arabia, The United Arab Emirates, Bahrain and Egypt. Additionally, a number of issues could be on the agenda.

In 2017, the Arab quartet has boycotted Qatar over accusations of support to extremists and close ties to Tehran. To resolve that issue, Jared Kushner is going to meet Saudi Crown Prince Mohammed bin Salman in the Saudi city of Neom, and the emir of Qatar in that country in the coming days.

In his trip, the 39-year-old diplomat will be joined by Middle East envoys Avi Berkowitz and Brian Hook and Adam Boehler, chief executive of the US International Development Finance Corporation.

While President-elect Joe Biden due to be sworn in on January 20, Donald Trump’s clock is ticking. In less than two months, Kushner could make various deals in the Middle Eastern region where he has developed a relationship with Saudi Arabia’s de facto ruler, Crown Prince Mohammed bin Salman.

In recent months, Bahrain and the UAE have announced normalisation agreements with Israel under the so-called Abraham Accords, pursued by the Oval Office with a leading role by Jared Kushner. This year, his so-called Deal of the Century caused a stir in the Middle East.

Sudan has also agreed in principle to normalise ties with Israel. In its turn, Saudi Arabia has publicly insisted it would stick to the decades-old Arab League position of not having ties with Israel until it reaches a peace deal with the Palestinians.