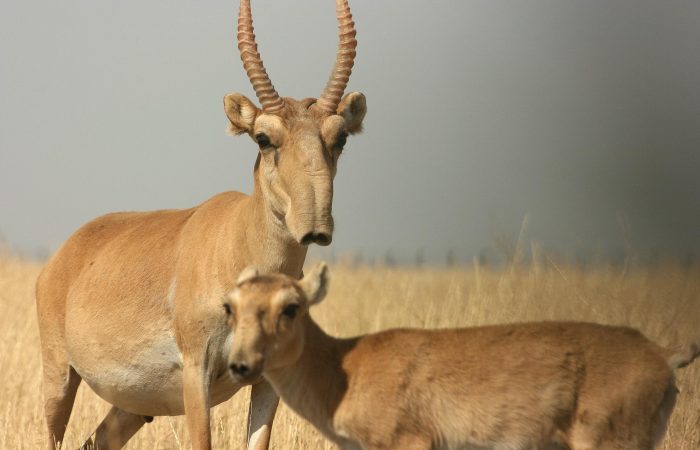 The Kazakh authorities have reported with pleasure that the population of the critically endangered Saiga antelope has more than doubled since 2019.

The Kazakh and al Central Asain conservationists are happy to register the double rise of the Saiga population. The fresh hope for the steppe-dwelling animal’s long-term survival became great news, as the population rose from 334,000 to 842,000. In 2015, an aerial survey showed a massive die-off of those animals.

During the 2015 crisis, around 200,000 of the antelopes were wiped out by what scientists later determined was a nasal bacterium that spread in unusually warm and humid conditions. On Friday, the ecology ministry said in a statement the boom was “an indicator of the effectiveness of measures to conserve saiga populations and counteract poaching”.

The International Union for Conservation of Nature (IUCN), whose “Red List” is the scientific reference for threatened wildlife, deems the Saiga to be among five critically endangered antelope species.

Poaching is a persistent threat to the Saiga, known for its distinctive bulbous nose, and is fuelled by demand for their horn in traditional Chinese medicine.

Albert Salemgareev, an expert with the Kazakhstan-based Altyn Dala Conservation Initiative that works closely with the government and international partners to preserve Saiga, said the project’s visits to the region had showed a “positive dynamic”.

“Not only are the numbers of Saiga increasing, but the number of males relative to the number of females is also growing,” said Salemgareev, whose group drove and hiked between saiga populations this month, weighing and marking newborns. Earlier this month the ecological ministry estimated that around 350 female saiga antelopes had been killed by lightning amid storms in the west of the country, Agence France-Presse reports.