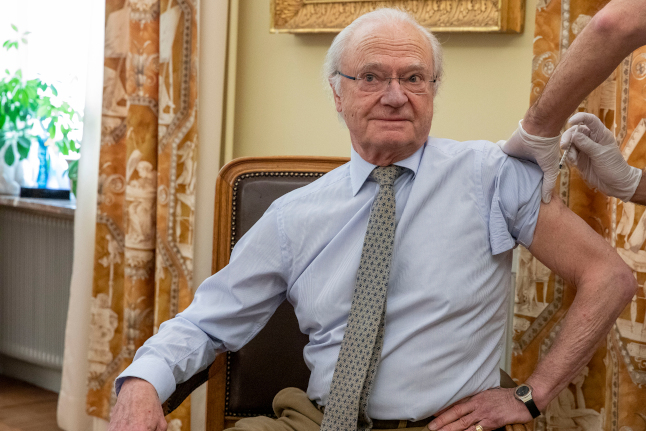 Sweden’s monarch and his wife have received their first jab of the covid-19 vaccine, the Royal Court confirmed. The 74-year-old king feels good, the Palace said on Friday.

The King and Queen of Sweden, both elderly people, were vaccinated on January 15th against the novel pathogen.

The vaccination took place at the Stenhammar Palace in Södermanland, south of Stockholm, where the royal couple have been spending most of the outbreak. Commenting on the important event, King said in the statement that the inoculation against Covid-19 is now under way across Sweden. “It is my hope that everyone who has the opportunity to get vaccinated in the coming months chooses to do so, so that we can get through this difficult time together and as soon as possible,” King Carl XVI Gustaf, 74, added.

In Sweden, there are around 570,000 people in the top three priority groups for vaccination:

Several Swedish regions have already inoculated all care home residents and carers against the COVID-19 or will have reached that goal soon, Health Minister confirmed this week.