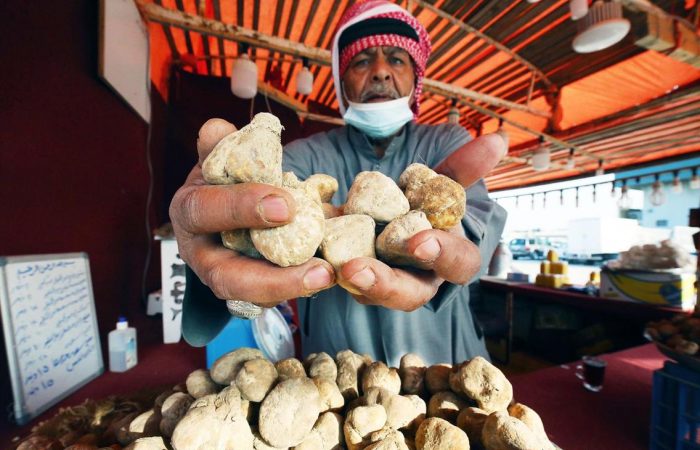 Amid lockdown and pandemic, the Kuwaiti sellers entice shoppers and visitors with the desert truffles, which are the main ingredient in a dish rather than a seasoning.

Kuwait’s government hopes for sooner reviving of the touristic sector, but the current situation is far from the perfect. The Middle Eastern nation has transferred the last of its performing assets to the sovereign wealth fund in exchange for cash to plug its budget deficit.

Following a political dispute over borrowing left one of the world’s richest nations short of cash and prompted Fitch to cut its outlook to negative, the local business has to survive.

This week, Fitch affirmed Kuwait’s AA rating. However, the Finintern organization said “the imminent depletion of liquid assets” and “absence of parliamentary authorization for the government to borrow” was creating uncertainty.

After one year of the pandemic, Kuwaiti high-income economic has to burn through its reserves. Desperate to generate liquidity, the government began last year swapping its best assets for cash with the $600 billion Future Generations Fund, which is meant to safeguard the Gulf Arab nation’s wealth for a time after oil.

With those now gone, it’s not clear how the Kuwaiti Cabinet will cover its eighth consecutive budget deficit, projected at 12 billion dinars for the fiscal year beginning April.