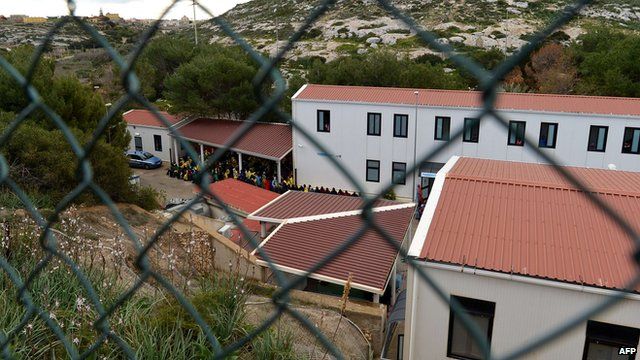 The migrant hotspot on Lampedusa overwhelmed on Monday after the arrival of 20 boats. In total, they brought 2,128 people to the Italian island known as the migrant centre.

Lampedusa’s mayor Toto Martello said that the island has set a new record, in 24 hours, 2,128 people arrived. The migrant centre is overload, however, the government did nothing to resolve the situation. Amid the pandemic, the overcrowded camp poses a threat to the epidemiological situation.

Four of those boats, carrying 635 asylum seekers, arrived overnight. Another vessel took on 87 people from a boat that was abandoned 15 miles from the Italian shore. Then another 95 asylum seekers, including three women and five children, arrived, ANSAmed reported on Monday.

Over four months, at least 11,000 migrants arrived in Lampedusa, up from 4,105 in the same period last year, interior ministry data shows.

Despite overall numbers are still down from 2015, when hundreds of thousands of migrants made the perilous sea crossing to Europe, many of them fleeing poverty and conflict across Africa and the Middle East, the issue still sharply divides European governments. Moreover, it has fuelled anti-immigration sentiment and parties across the continent.

Commenting on the situation, Matteo Salvini, the leader of Italy’s far-right League party, called on the head of the government Mario Draghi to tackle the problem.

“With millions of Italians facing difficulties, we cannot care for thousands of illegal migrants,” he wrote on Twitter.