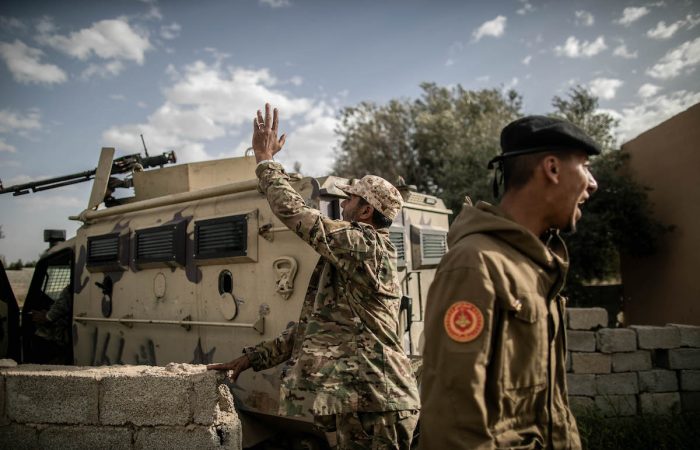 The Libyan government said it will not attend a meeting on Libya organized by the Arab League, MEMO reported on Monday.

The Secretariat General of the Arab League announced last Friday that Egypt had requested an extraordinary meeting to discuss the latest developments in Libya.

The Egyptian President Abdel Fattah el-Sisi alluded to the possibility of sending «external military missions if required». In his speech at one of the airbases near the Libyan border, he noted that «any direct intervention in Libya has already become legitimate internationally”

Meanwhile, the secretariat announced that the session on Libya, which was scheduled for today, has been postponed until Tuesday to complete technical preparations and to ensure the participation of the delegations.

The Foreign Ministry also previously said that Libya would not send a delegation to the meeting on the grounds that there was no consultation with the Libyan government.

Sirte and al-Jufra airbase are a “red line”

Meantime, the Egyptian president el-Sisi told his army to «be prepared to carry out any mission here within our borders, or if necessary outside our borders.» He said the city of Sirte and al-Jufra airbase are a “red line”.

Despite the baseless arguments of warlord Khalifa Haftar and his supporters, the UN recognizes the government headed by Fayez al-Sarraj.

The government launched Operation Peace Storm against Haftar in March to counter attacks on the capital and recently regained strategic locations including Tarhuna, his final stronghold in western Libya.

The Libyan government has condemned the military support by Egypt, the United Arab Emirates, France and Russia for attacks by Haftar’s militias on Tripoli which began on April 4, 2019.