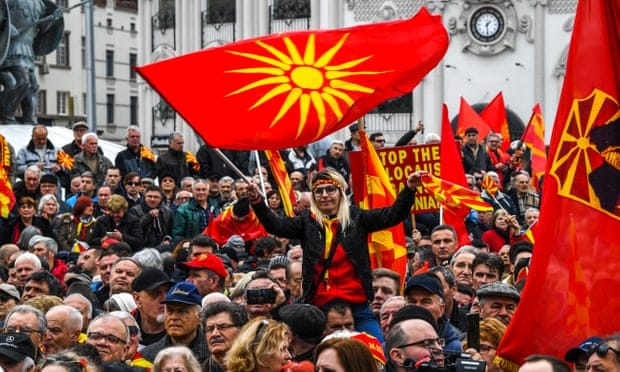 Macedonia faced a strong resistance to the referendum about the changing the name of this Balkan state, as Guardian understood. On Sunday, 30 minutes before polling stations closed it appeared that calls to boycott the vote had had an effect, with only 34.7%, or 623,000 people, casting a ballot.

Despite the political crisis in Macedonia and boycott of the referendum, prime minister Zoran Zaev said he would recognise the democratic decision of those who had voted emphasising that the plebiscite was critical for the country’s western orientation. Protesters gathered in front of Skopje’s communist-era parliament, where a podium had been erected draped in a banner declaring “the people boycotted a genocide. Never North, always Macedonia.”

A referendum bulletin asked Macedonians whether they endorsed a landmark deal struck with Greece, rechristening the state North Macedonia as a stepping stone to European Union and NATO membership. For Macedonia, no poll has been as historic since the nation declared independence in 1991.

Alexis Tsipras, the Greek PM, had been in touch and saluted the result, his Macedonian counterpart revealed, although it was later described by officials in Athens as “contradictory”.

Although Zaev’s government had described the plebiscite as “consultative”, it had been accepted that a low turnout would make it almost impossible to push the name-change deal through the 120-seat parliament where support from at least 80 MPs is required if constitutional changes are to be ratified.

More than 500 foreign observers monitored the plebiscite, the spokeswoman for the US state department welcomed the outcome and said it could bring Macedonia economically and militarily closer to the west. In addition to EU and western officials, the referendum had been watched closely in neighbouring Kosovo, where fierce opposition to the prospect of territorial adjustments with Serbia spurred thousands to take to the streets on Saturday. To the consternation of the multi-ethnic territory’s Albanian majority, Moscow has backed the idea of land swaps.