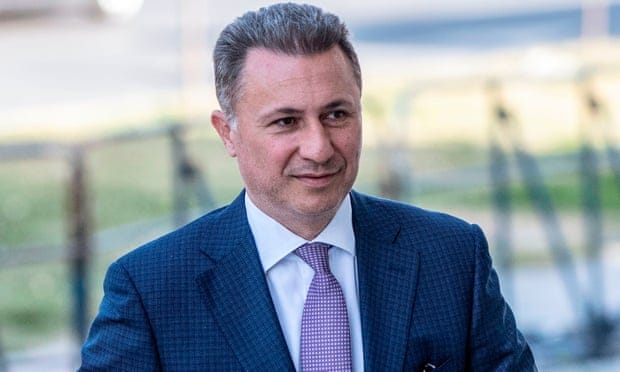 Macedonia is preparing to make a formal request to Hungary for the extradition of the former prime minister Nicola Gruevski, Guardian reported.

Macedonia’s ex-PM preferred to leave the country this week, Nicola Gruevski just fled to Budapest, announcing his presence in Hungary via Facebook on Tuesday. The former politician has escaped after being sentenced to a jail term in his country, his route via Albania with no passport was definitely a magical tour. Albania police insisted Mr Gruevski had crossed the border in a Hungarian embassy car, while officials in Budapest insisted Hungary had no hand in ex-PM’s escape.

Gruevski reportedly crossed Albania border on Sunday evening, while the warrant for his arrest was only made known to the Albanian authorities on Tuesday, the police statement said.

Gergely Gulyás, chief of Orbán’s cabinet, said Gruevski had sought asylum at a Hungarian diplomatic outpost outside Macedonia but did not give further details. He said Hungarian authorities had not aided Gruevski in his flight from Macedonia. Probably, fugitive former PM successfully managed to evade passport checks and make it into Hungary.

According to Macedonian foreign minister, Nikola Dimitrov, he had a phone conversation with his Hungarian counterpart, Péter Szijjártó. On Thursday morning, the top diplomat told Szijjártó that Gruevski was “a convicted felon against whom there are several other court proceedings for serious crimes”. The Hungarian official has confirmed that the asylum hearing process had already begun.