Macron and Scholz discussed the situation in Ukraine with Putin 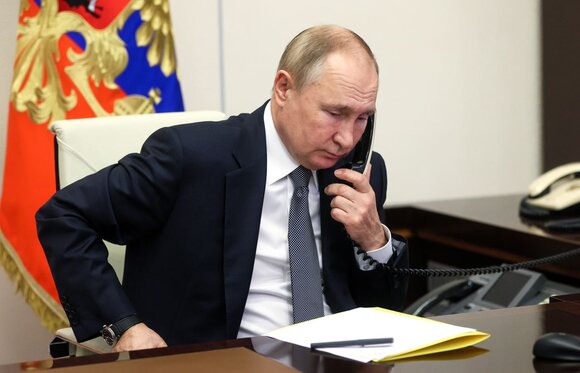 According to the Kremlin press service, Russian President Vladimir Putin had a telephone conversation with Emmanuel Macron and German Chancellor Olaf Scholz, during which they discussed the situation in Ukraine.

“President of the Russian Federation Vladimir Putin had a telephone conversation with President of the French Republic Emmanuel Macron and Federal Chancellor of the Federal Republic of Germany Olaf Scholz. In continuation of contacts in this format, an in-depth exchange of views was held on topical aspects of the situation in Ukraine,” the message says.

Vladimir Putin warned of the danger of the continued supply of weapons to Ukraine by Western countries. This may contribute to the risk of destabilization.

“The situation in the field of ensuring global food security was thoroughly considered. Vladimir Putin, with reason and on the basis of concrete data, explained the real reasons for the difficulties with food supplies, which were the result of the erroneous economic and financial policies of Western countries, as well as the anti-Russian sanctions they imposed,” the Kremlin said. .