May Day demonstrations took place in France. Police in Paris is clashed with activists. 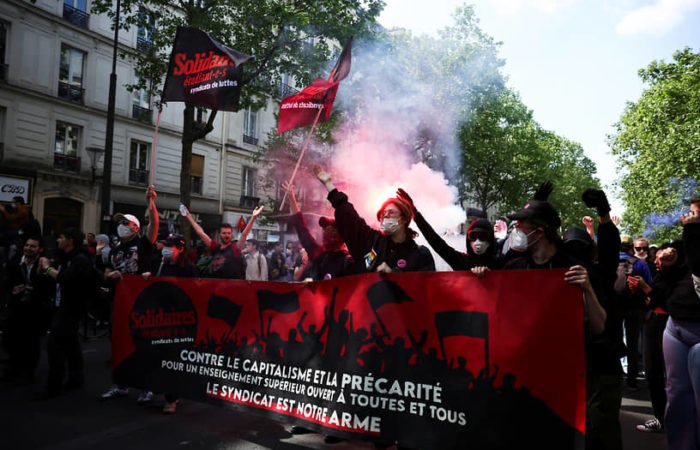 Today in France there were demonstrations of trade unions and left forces, which were supposed to show the government that the workers did not accept the attack on their rights and, above all, with the pension reform. According to it, the retirement age was pushed back from 60 to 65 years.

Trade unions considered that May 1st would be a good day to make demands immediately after the presidential elections and on the eve of the parliamentary elections. The demonstration began at 2:30 pm in the Republic Square and proceeded relatively calmly.

But in the last stages of the march towards the Place de Nation along the Boulevard Voltaire, clashes between the more aggressive part of the crowd and the police began at 17:00.

Some shops and restaurants were damaged, demonstrators tried to start fires in the streets and build barricades. The Interior Ministry blamed the clashes on “assault columns”, the so-called Black Block, who took to the streets specifically to challenge the police.

“The rioters came to prevent the May Day demonstration, allowing unacceptable acts of violence,” Interior Minister Gérald Darmanin wrote on his Twitter.

The police counted about 107,000 protesters throughout France. There were about 17,000 people on the streets in Paris, less than last year, when 25,000 demonstrators celebrated May Day in the capital.