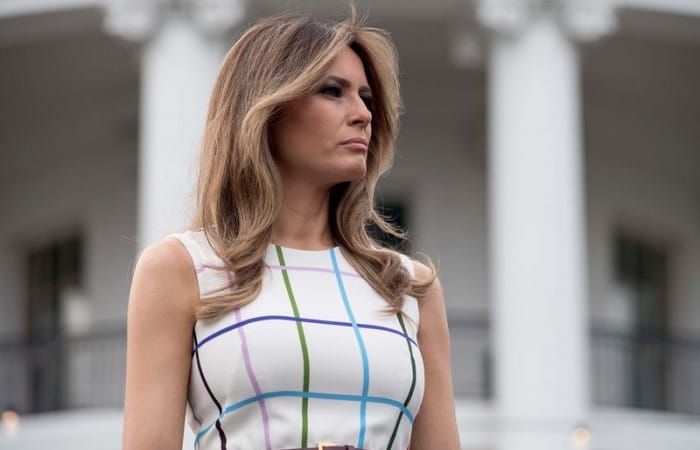 Melania Trump’s absence during the G7 summit rose many questions, especially after her comeback to The White House. The first lady is maintaining now her voice to play the common supportive role to President, Vanity Fair reports.

While boarding Marine One to fly to Quebec for the G7 summit on Friday, Donald told reporters that Melania is currently unable to travel. POTUS said Melania wanted to go but she “can’t fly for one month.”

Despite an “informal public role” of the first lady, it faces criticism but gives little formal power. It is a support role that is imbalanced, uncertain and misunderstood and that former presidential wives have experienced, as well. In fact, the benefit of having a role of the FLOTUS and not being elected is that women in The White House do not have to meet the public’s expectations.

Traditionally, the first lady did not feel the need to respond to questions about her health or whereabouts before she was ready. The most recent example of the long absence of Mrs Trump proved that. Melania had kidney surgery, for which she was in the hospital for five days and out of the public eye for over 24 days. Her not being in the public eye for almost a month and the reasons for it were newsworthy.

There are times when women-  in the supporting role- do not have to explain yourself or justify their actions. Demonstrate their confidence, control and power and allow their actions to speak for themselves. Melania does it perfectly, no doubt. Nowadays, too often women are relegated to a support role – being close to but not having full authority. Melania Trump shows that- no matter how much her role is informal- so we can maintain control of our narrative.