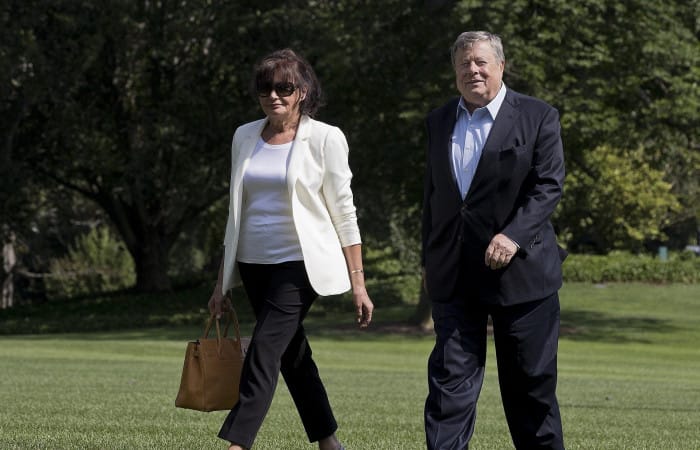 Melania Trump’s parents, Viktor and Amalija Knavs, became the citizens of the United States on Thursday. The long chain of migration and her daughter’s current status made Slovenian couple an American one, BBC reported.

Viktor and Amalija Knavs took the citizenship oath at a private ceremony in New York City on August 9. The Slovenian immigrants, a former car dealer and textile factory worker, had been living in the US as permanent residents while their daughter is a wife of one of the most powerful men on the planet. Viktor Knavs is 74, two years older than his son-in-law. Amalija is 73.

Despite the importance of the moment, Melania did not accompany Viktor and Amalija Knavs while they were taking a citizenship oath in NYC. The ceremony was kept hush-hush around the Jacob K Javits Federal Building.

According to Knavses’ lawyer Lawyer Michael Wildes, the Slovenians applied for citizenship on their own and didn’t get any special treatment. He confirmed that the first lady sponsored their green cards, while her husband, Mr Trump, has proposed ending most family-based immigration, which he refers to as “chain migration”.

“This golden experiment, these doors that are in America, remain hinged open to beautiful people as they have today,”

the lawyer of Melania Trump’s parents said after they took the citizenship oath on Thursday. The first lady preferred not to break her vacationing with her husband in Bedminster, New Jersey. Melania Trump became a US citizen in 2006, after entering the US on a coveted Einstein visa for people of “extraordinary ability” in 2001 when she was working as a model.