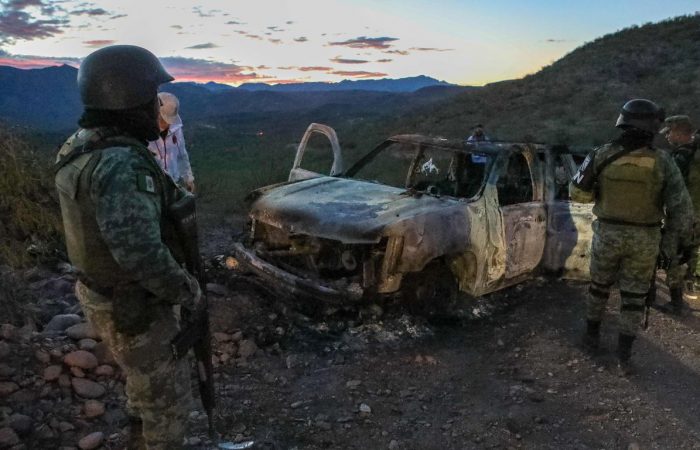 Nine dual U.S-Mexican citizens from a Mormon community were massacred on Tuesday near the U.S.-Mexico border, Axios reports and says that the tragedy made Mexico’s President hesitate in his soft approach to the druglords.

Upon taking the office, Andrés Manuel López Obrador declared an end to Mexico’s war on the drug cartels. Despite the human approach of the national leader, the multiple gangs are only growing more aggressive. This week, they massacred three women and six children from the harmless Mormon community.

That slaughtering comes three weeks after the Sinaloa cartel violently made Culiacán police to free son of Joaquín “El Chapo” Guzmán — Octavio. Since the new leader took office and stopped the war with the drug lords, the spiral of violence is continuing to become more dangerous to the common people.

In 2019, Mexico is on pace for a record 37,000 homicides, that number is previous while the real picture is much darker. The drug cells have been seeping into areas that had previously been spared, a very alarming situation.

Over the decades, Mexico remains the main supplier of heroin, fentanyl, meth and cocaine to the United States. Several presidents did their best to clean up the country of the cartels.

Mexico’s war against the drug cartels is going on

Mexico’s war on the cartels began in 2006 under then-President Felipe Calderón, whose strategy of taking out gang leaders spawned smaller warring groups.

Next leader, Enrique Peña Nieto, kept the trend but the homicides number began to climb once again in 2014. By 2018 they’d reached historic highs.

López Obrador’s taking office was marked by the different strategy against mafia. He is urging cartel members to think of their mothers and proposing anti-poverty programs, while also building a new National Guard.

Despite the continued rise in violence and a sluggish economy, a recent poll puts López Obrador’s approval rating at a remarkable 67%.

According to the American diplomat, most Mexicans believe their president is a supremely talented politician who is able to save Mexico’s economy and to win the fight against the drug lords.

President López Obrador recently asked for “one year to show results” of his ruling.

“We’ll see if they give him that year, but clearly people like him, they like the promises, and they’re desirous of change,” Wayne said.

López Obrador announced the ambitious plan to lift up the poor and boost Mexico’s economy. But only the cartels are standing in his way.