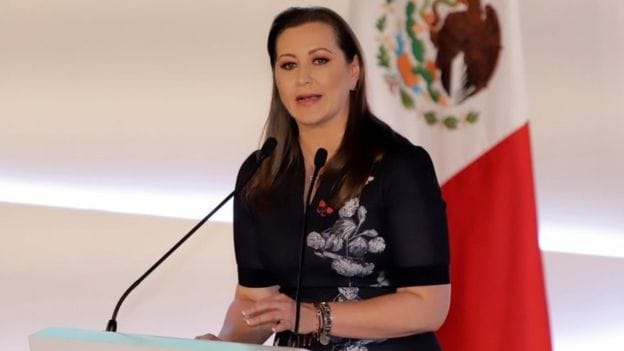 Martha Erika Alonso, the governor of Mexico’s central Puebla state, has tragically died just days after being sworn into office. The 45-year-old has died in a helicopter crash, which took lives of her husband and two pilots, BBC reported.

Mexico’s Puebla governor and Senator Rafael Moreno Valle, wife and husband were killed on Monday because of a helicopter crash. Both pilots and the third unknown passenger of that tragical flight also were killed. According to local media reports, the accident happened shortly after the aircraft took off from the state capital of Puebla.

For Mexican politics, the recent victory of Martha Erika Alonso was important and symbolic, the 45-year-old woman became Puebla’s first female governor after hotly contested polls. Martha has tragically died just days after being sworn into Governor’s office, she was a member of the centre-right PAN party in parliament.

Mexico’s new President, Andrés Manuel López Obrador, has confirmed the deaths of the governor and her husband, senator Morena who was governor of Puebla between 2011 and 2017. In Mexican political circles, both Alonso and Morena were the most prominent couple whose professional future was shine and bright.

The fact the accident occurred just days after Alonso took office triggered speculation of foul play on social media. A number of Mexican politicians have died in aircraft accidents in the past few years, including federal interior ministers in 2008 and 2011. Both were members of the PAN, like Alonso and her husband.

It was not immediately clear what caused the Christmas Eve crash, the investigation has begun.

New Zealand to open borders with Australia this month