NASA’s plans for a Lunar base camp 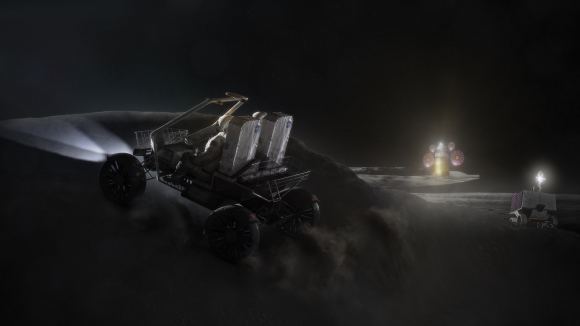 NASA announced its plans for the creation of the Lunar base, the Artemis III mission set to land on the Moon in 2024. After a half of century, NASA for the first time is going to send astronauts to the Moon, the official site reports.

NASA engineers believe that Artemis will serve as a stepping stone towards the creation of a permanent human presence on the Moon.

The habitat was the subject of a report titled, “Plan for Sustained Lunar Exploration and Development,” which was recently issued to the National Space Council (NSC).

NASA also reported that the Artemis project will lay the foundation for a sustained long-term presence on the Moon, new opportunities for research and experiments, and as a place to validate deep space systems that will be used to explore Mars.

“After 20 years of continuously living in low-Earth orbit, we’re now ready for the next great challenge of space exploration – the development of a sustained presence on and around the Moon. For years to come, Artemis will serve as our North Star as we continue to work toward even greater exploration of the Moon, where we will demonstrate key elements needed for the first human mission to Mars,” NASA press release reads.

Overall, three core elements were emphasized by NASA engineers, including:

At the same time, astronauts working on the lunar surface would need to be able to test advanced robotics and other technologies identified by the Lunar Surface Innovation Initiative.

In general, this development portfolio emphasizes technologies that would enable human and robotic exploration on the Moon and future operations on Mars, with particular emphasis on the fields of ISRU and power systems.

Over time, NASA and its international and commercial partners will enhance the Gateway’s habitation capabilities and related life support systems as the prospect of a mission to Mars draws nearer.