Nigeria, Cameroon plan to team up to agree cocoa premium with buyers 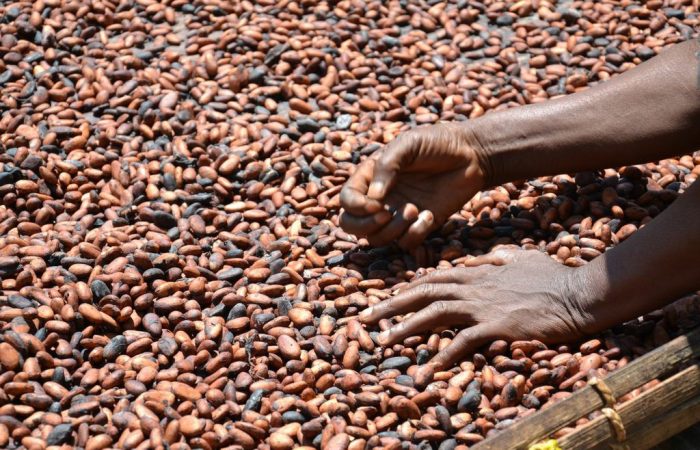 Nigeria and Cameroon are ready to show up the etalon of the regional cooperation, Reuters reported. Both African countries aim to team up with to agree on a premium for their cocoa with buyers.

Nigeria, the world’s fourth-largest cocoa producer, is going to address the imbalance between cocoa farmers’ incomes and money made by big commodities traders. According to Sayina Riman, the vice president of the World Cocoa Producers Organisation, the Nigerian move looks very reasonable for the whole regional industry.

Over the years, the top growers like Ivory Coast and Ghana moved to boost prices for their crops. Both states account for nearly two-thirds of global output, they have imposed a fixed “living income differential” of $400 a tonne on all cocoa contracts sold by either country for the 2020/21 season.

The plan suggested by Nigeria is part of drive-by growers in West Africa and Latin America to try to address the low income of the farmers.

Despite being the world’s leading cocoa producers, the two countries exert limited influence over international prices. Cocoa producing countries have sought ways to protect farmers from market swings after global overproduction sent prices crashing in 2016-17, and oversupply has meant a slow recovery.

How to boost cocoa industry

World Cocoa Producers Organisation Vice President Sayina Riman, who doubles as president of the Cocoa Association of Nigeria, said Ivory Coast and Ghana had effectively agreed a $400 per tonne premium above global prices for their cocoa, and that Nigeria wanted to follow suit to protect its farmers.

As the preliminary moves, Nigeria has had informal discussions with Cameroon, VP Riman said. Meanwhile, the Nigerian officials had also met with Dutch and British officials about boosting cocoa exports to Europe rather than selling beans through third party buyers in Asia.

Cameroon’s trade ministry is unaware of the Nigerian plans, said its spokesman, Serge-Eric Epoune, while a source at the country’s National Office of Cocoa and Coffee, who did not want to be named, said talk of the plans were just “rumors.”

A top cocoa trader at one of the world’s biggest agriculture trade houses did not see how Nigeria and Cameroon could team up, because Nigeria does not have a central cocoa authority, unlike Ivory Cost, Ghana and Cameroon.