Nike’s sports hijab made its debut on this Dubai catwalk 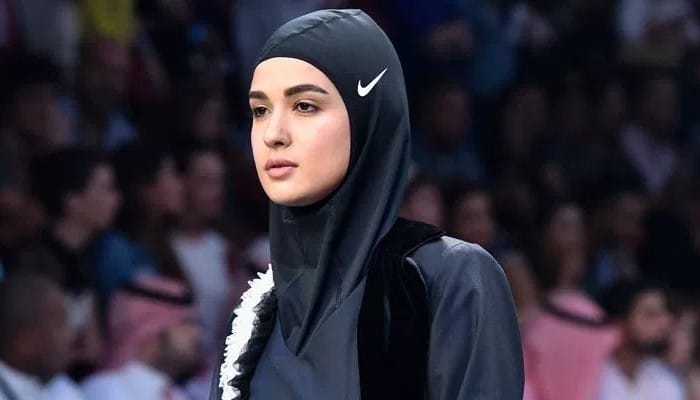 Nike is ready to launch the original active wear line for Muslim women, designers have created a sports hijab, which made its grand debut on this Dubai catwalk on Sunday.

The world-famous brand decided to be the first in the designing the activewear for the Muslim women, the sports hijab is ready to land in stores. In fact, until early next year we will not see that specific item, but Dubai fashion public has already met with it on Sunday. The Nike catwalk in Dubai presented a new hijab at Fashion Forward.

The Saudi designer Mashael Al Rajhi’s runway show impressed the public, couturier collaborated with Nike use the modest pieces, which were worn by several models along with street-smart separates and androgynous silhouettes. For Fashion Forward’s Season 10 Mashael offered the looks mixed the high end with the urban, for a finish that will inspire many an ensemble once the breathable, stretchy mesh hijab is released.

Nike’s veil was intensively tested by headscarf-wearing athletes during development, including Emirati figure skater Zahra Lari. The back of the hijab itself is longer, to ensure it stays tucked in, while the fabric is studded with tiny, imperceptible holes to keep the wearer cool.

Nike wanted to create really functional and beautiful hijab, the sports item weighs 155 grams, the modern Pro Hijab will be sent to athletes around the globe before it’s released for general sale “early next year”.

“The Nike Pro Hijab may have been more than a year in the making, but its impetus can be traced much further back, to an ongoing cultural shift that has seen more women than ever embracing sport,”

The sportswear giant said it was inspired by a conversation with Emirati weightlifter Amna Al Haddad, who used to compete while wearing the hijab. The athlete recounted how the garment’s weight, the potential for it to shift during the action and its lack of breathability disrupted her focus. It is both easy to wear and wash.

Al Haddad said she believed the Pro Hijab would “encourage a new generation of athletes to pursue sports professionally”.