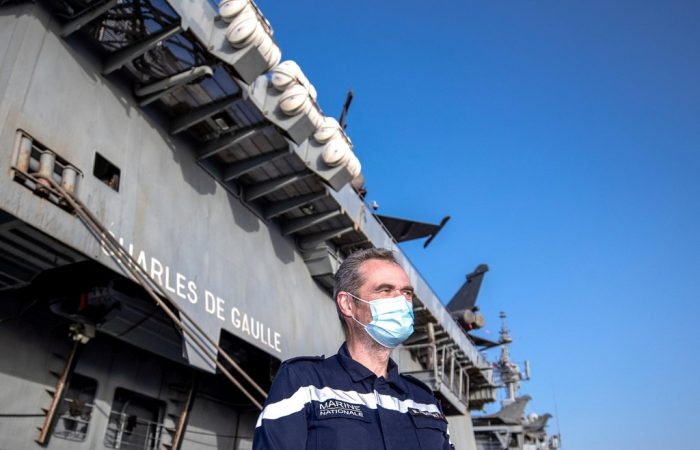 The nuclear-powered warship ‘Charles De Gaulle’ is in the Middle East once again. Now, the French aircraft carrier is in quarantine as its Rafale jets prepare to continue US-led fight against ISIS in Syria and Libya.

‘Charles de Gaulle’, a symbol of France’s military, spent 38 days at sea, so, according to the strict health protocol, has to spend a certain period of time in quarantine. Following its voyage from Toulon to Abu Dhabi, the warship is ready to obey the rules, said Capt de Vaisseau Pinget, the ship’s commanding officer.

“I wish I could say, ‘Welcome aboard’ but we can’t due to Covid restrictions. We are meeting under the mighty shadow of Charles de Gaulle,” Pinget adde.

Last year, the ‘Charles De Gaulle’ has learnt a bitter lesson. In fact, since the start of the pandemic, a third of the sailors – 668 out of about 2,000 – were infected with the novel pathogen. This year, vaccines were provided to all personnel on board for the ship’s latest journey.

At least four Rafale warplanes were visible from the pavement of Zayed Port, The National has learned.