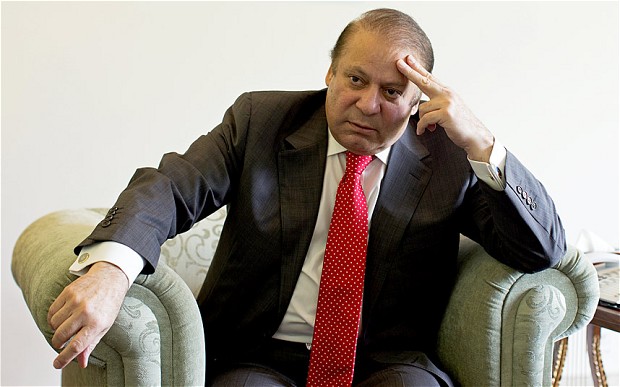 Nawaz Sharif was rushed to hospital from the prison where he will spend the next 12 years. The former Prime Minister of Pakistan was hospitalized after his recent blood tests raised doctors’ concerns, Gulf Today reports.

Nawaz Sharif’s physician confirmed on Tuesday that the former prime minister was taken to hospital late on Monday. Dr Adnan Malik initially believed his patient had contracted dengue fever but the concerning results od blood test was a result of the medicines he was prescribed to take.

Now, the former PM is under investigation on other corruption allegations, in addition to 12 years in prison on corruption charges plus seven years on a separate money laundering charge. Mr Sharif has appealed the two convictions, insisting on his innocence.

Sharif’s family believe he was being slowly poisoned

Navaz Sharif’s son-in-law, Mohammad Safdar, was arrested on Monday after he alleged that Sharif was being slowly poisoned — a charge that Pakistani authorities promptly denied.

The couple’s son and co-leader of the party, Bilawal Bhutto Zardari, told reporters on Monday that his father was not receiving medical treatment despite a court order. It wasn’t immediately clear what ailment the elder Zardari suffers from.

Prime Minister Imran Khan’s government has been relentless in pursuit of corruption cases but has come under fire for focusing most of its attention on its opponents.

The charges also allege that other members of his family, including his daughter Maryam Nawaz, retained shares. Sharif’s daughter is appealing an earlier conviction on corruption charges against her. She was sentenced to seven years for her involvement in the purchase of apartments in London but is now out on bail during the appeal process.

As well as Sharif, the government has alleged corruption by the co-leader of another political opposition party, the Pakistan People’s Party, led by Benazir Bhutto who was assassinated in 2007 after returning to Pakistan from self-imposed exile. Her husband Asif Ali Zardari is in custody, under investigation on corruption charges.