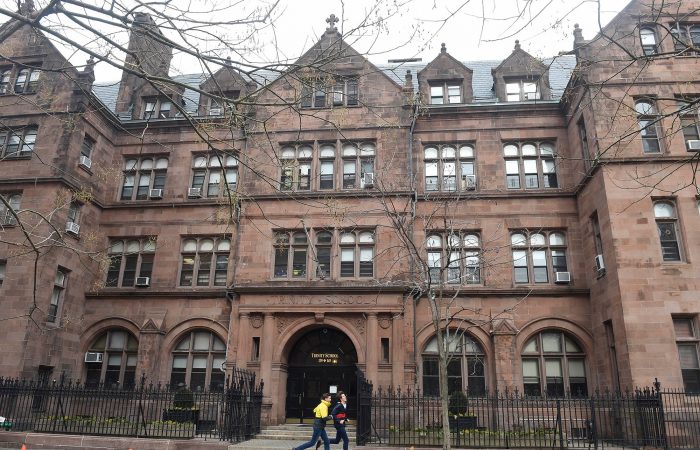 The wealthiest US families are ready to pay $50,000 for the prep schools despite coronavirus is still active, Bloomberg News reports. The NY parents prefer to reserve spots in the city’s elite schools — even though their children may not show up in September.

In the rarefied world of New York City private schools, where tuition can rival that at an Ivy League college, the process of securing entry has always been fraught with anxiety. However, after pandemic-related lockdown, the parents want to be sure they don’t risk losing a coveted spot at elite schools.

In particular, one Upper East Side mom said she has paid full tuition — more than $50,000 per child — to Manhattan private schools for her kids, while also enrolling them in public school two thousand miles away out West, where the family is currently staying.

What kind of educational process will be in autumn, is still unclear. That’s why parents want to cover all the options, even it costs too much.

The answer seems to be to spend enough to cover all options, with some families telling administrators they are putting down nonrefundable deposits at more than one school. Meanwhile, faced with the prospect that their sought-after seats may eventually not be filled, some schools are making unusual moves in a bid to shield themselves from the upheaval.

“A lot of people are just hedging their bets,” said Fanning Hearon, who is head of school at Palm Beach Day Academy in Florida, where a number of New York families applied. On Wednesday alone, Hearon had three students confirm enrollment while two others dropped out.

Normally, private schools require deposits in February or March depending on the child’s grade, and many need a payment due by July 1. This year, administrators at four schools are giving parents extra time to make up their minds.

Parents who have paid to reserve spaces at two institutions have created logistical headaches for administrators who have to hire teachers, set up classes and plan.

In other words, schools don’t even know if they’re officially going to be coming back. The unpredictable virus is able to demolish any plan, the public health authorities say.

“You might invest significant time and resources and do things that are hugely disruptive to yourself and your children, and a month later come to regret it because where you went is worse and has more cases than where you came from,” said Jeff Pothof, an emergency-room physician and chief quality officer at UW Health who is advising school districts in the Madison, Wisconsin, area.

Schools, which don’t usually enrol many new students over the summer, are more open to speaking with new families. Meantime, others expect their ranks to remain tight.

At the sought-after Trinity School, which dates to 1709 and charges about $55,000 a year, nobody has pulled out for the fall, spokesman Kevin Ramsey said. The Dalton School on the Upper East Side will provide a completely online-only option. Dalton is only allowing students with “specific circumstances and restrictions” to go fully remote, according to a June 25 letter sent to parents and confirmed by a spokesman.