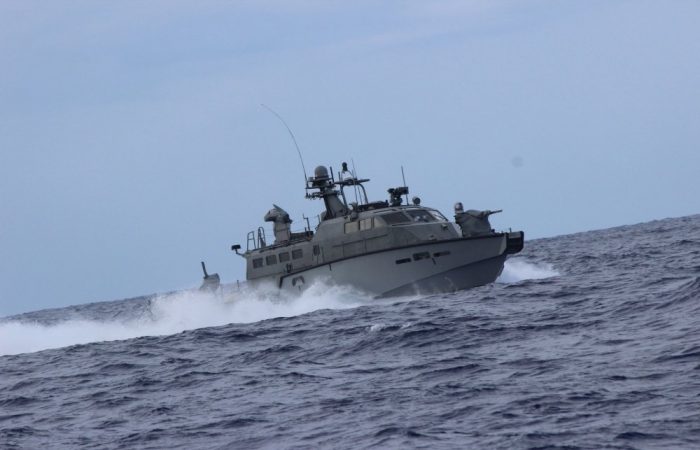 The US continues to help Ukraine with military supplies. The State Department has cleared a possible $600 million foreign military sale of sixteen Mark VI patrol boats to Ukraine

The US Defense Security Cooperation Agency (DSCA) confirmed that the State Department had approved the sale of the cutting-edge 16 Mark VI patrol boats and related equipment for an estimated cost of $600 million, according to publication in Defence Blog on June 18th.

“The proposed sale will improve Ukraine’s capability to meet current and future threats by providing a modern, fast, short-range vessel. Ukraine will utilize the vessels to better defend its territorial waters and protect other maritime interests,” the DSCA statement reads.

As the Pentagon officials say, Ukraine will have no difficulty absorbing this equipment into its armed forces. Here is the list of items the US State Department approved so far:

The MK VI boats designed to fulfil the requirement for an armoured boat with greater range, more lethal firepower and sea keeping capabilities that exceeded the Navy’s small boat capabilities. They can conduct missions in the open ocean for protecting defence forces, taking into account the size of a boat. The all-aluminium MK VI missile boat type has a total displacement of 72 tons, a length of 25.8 m, a width of 6.2 m and a draft of 1.2 m.

In general, the versatile patrol vessels Mark VI can support many kinds of operations. Among them are search-and-seizure operations, maritime intercept operations, theatre security cooperation operations and other clandestine security force activities. The patrol boats also are able to function as escorts for high-value assets and also take part in mine hunting and fast attack combats.

As the experts note, powered by twin diesel engines and water jets, the Mark VI PB is capable of speeds in excess 30 knots at full load and a range in excess of 600 nautical miles.

The patrol boat of the new generation has berthing accommodations, galley and head/shower facilities to allow for extended missions. In addition, any Mark can be outfitted with ballistic protection and armed with a variety of crew-served and remotely operated weapons.