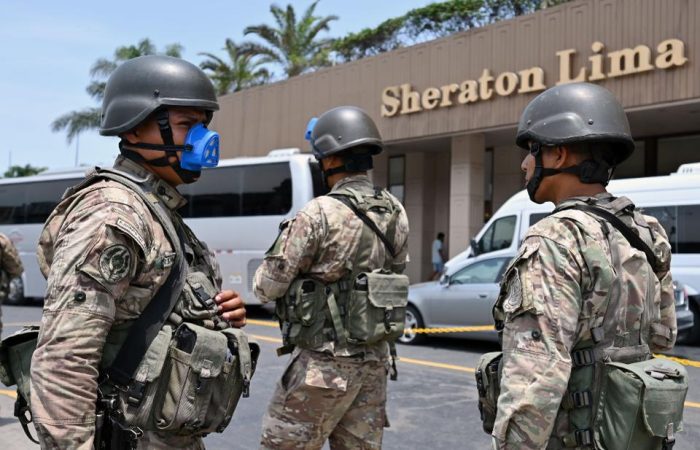 Peru’s President Martin Vizcarra approved the special law, which allows the Armed Forces to use a lethal force to citizens who violate the nationwide quarantine. As WSWS reports, under law, the “principle of proportionality” is suspended.

The new Peruvian “Military and Police Protection Law” exempts the military and national police from any criminal liability for injury or death if they act “in compliance with their constitutional function and in the regulatory use of their weapons or other means of defence.”

As the Peru’s presidents believe, extraordinary times require extraordinary measures. The newly-approved law shows that the ruling oligarchy is prepared to employ repressive measures unencumbered by any legal restrictions or basic democratic rights.

President Vizcarra stressed the importance of the nationwide quarantine for public health. The nation’s leader said that more than 4,000 people were detained in police stations on Saturday, while that 2,909 more were arrested on Sunday. All them violated the compulsory social immobilization measures.

These restrictions were adopted under the state of emergency across Peru that was put in place on March 16 in response to the virus epidemic and extended last week to April 12. ‘Stay at home’ should be a must for all Peruvians, including the top officials.

In fact, Peru is undertaking a record fiscal stimulus and, as announced by central bank President Julio Velarde, will seek a contingency line of up to $18 billion from the International Monetary Fund to contain the economic freefall arising from the coronavirus pandemic.

Velarde also announced that the Finance Ministry plans to draw down an existing $2.1 billion contingency line from the World Bank. The stimulus package will include “short-term” measures such as cash handouts, including up to 30 billion soles in government-backed loans to small and medium-sized businesses, and “longer-term measures” to “rebuild” some decimated industries such as tourism.