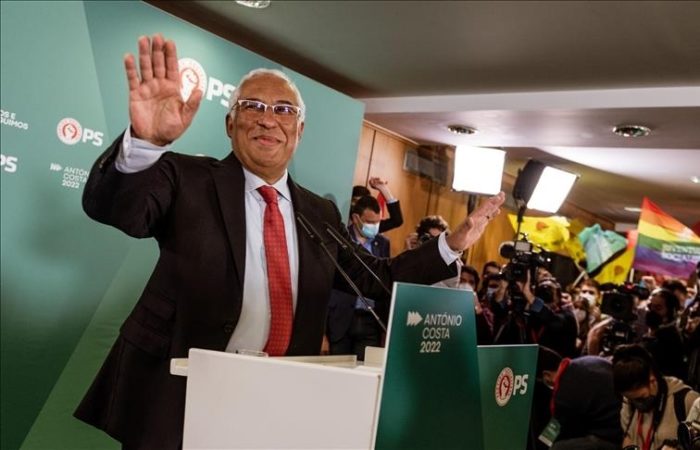 Portugal’s ruling Socialist party (PS) has secured an outright majority in parliament, according to the election results.

Antonio Costa, the head of the government and the leader of the PS, has commented on the victory in his speech. Prime minister confirmed the socialists will rule the country for the next four years with 117 or 118 deputies in the 230-seat parliament.

“An outright majority doesn’t mean absolute power. In a democracy, it doesn’t mean to govern alone. I will establish dialogue with all political parties representing the Portuguese,” PM added.

In his victory address, Costa said that the election result became “a triumph of humility, confidence and stability”.

Thus, the number of the Left Bloc’s deputies decreased from 19 to 4 and those in the Communist Party and Greens Alliance Unitarian Democratic Coalition from (GAUDC) 12 to 5.

With 99% of the ballot boxes opened by the Interior Ministry, the current seat distribution of 212 seats out of the 230-seat parliament is as follows: PS 112, Social Democratic Party 68, Chega (Enough) 11, Liberal Initiative 6, the Left Bloc 4, Communist Party and GAUDC 5, Social Democratic Center 3, Democratic Alliance 2 and Free-Livre 1.

A total of 10.8 million voters are registered, Reuters reports.

The 60-year-old Costa has been prime minister for six years, and he will go down in history as the country’s longest-serving premier since the Carnation Revolution.