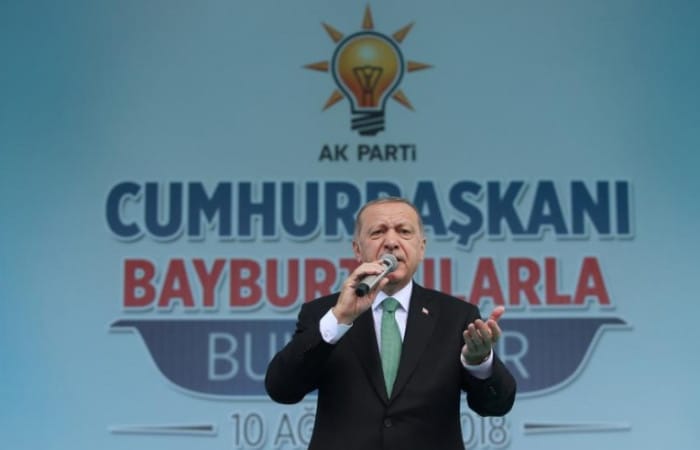 President Erdogan adviced Turks to buy free-falling lira as Trump doubles metals tariffs. On Friday, The Turkish currency has been falling on worries about Turkish leader’s influence over monetary policy. Another factor like the worsening relations with the United States also impacted Turkish lira. That turned into a rout on Friday, with the lira diving more than 18 percent on the day and more than 40 percent this year to a new record low after Trump took steps to punish Turkey in a wide-ranging dispute.

On Friday, Turkey said that Mr Erdogan has held a phone call with Vladimir Putin to discuss economic issues and lira’s falling after Donald Trump’s imposing a 20 percent duty on aluminium and 50 percent one on steel. According to Trump’s Twitter, “slides rapidly downward against our very strong Dollar!”

Last week, a delegation of Turkish officials held talks with their counterparts in Washington this week but there was no sign of a breakthrough. So far, While Turkey and the United States are at odds over a host of issues, the most pressing disagreement has been over the detention of U.S. citizens in Turkey, notably Christian pastor Andrew Brunson who is on trial on terrorism charges.

Meanwhile, the Turkish leader’s characteristic defiance in the face of the crisis has further unnerved investors. Mr Erdogan who says a shadowy “interest rate lobby” and Western credit rating agencies are attempting to bring down Turkey’s economy, appealed to Turks’ patriotism and strong hope in lira.