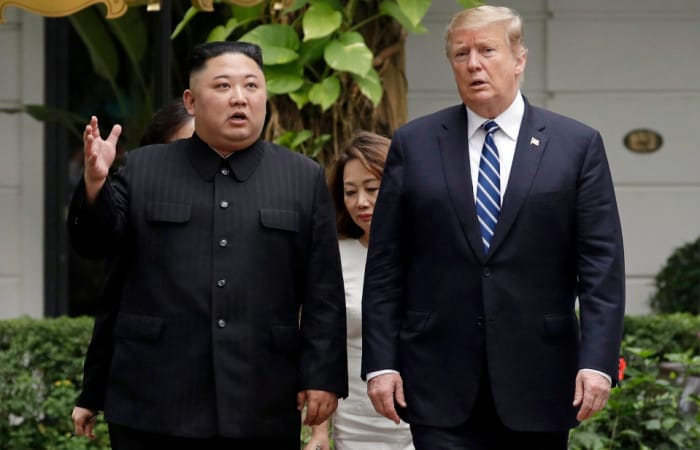 The US President’s decision to halt sanctions against North Korea became a real surprise for everyone. As Financial Times understood, Donald Trump did that because he likes Kim Jong-un.

Donald Trump said the sanctions against Pyongyang aren’t necessary, so, they need to be halted. The White House later clarified President would only be cancelling planned additional sanctions, rather than reversing ones currently in effect. In reality, there are no big changes in the relations between the US and North Korea.

Spending weekend at the private club in Palm Beach, Florida, Mr Trump confirmed that he has today ordered the withdrawal of additional sanctions and added that: “It was announced today by the U.S. Treasury that additional large scale Sanctions would be added to those already existing Sanctions on North Korea.”

For North Korea that used to be a subject of the US sanctions over decades, such Trump’s move was a surprise, especially after abruptly ended the Hanoi summit. The North Korean chairman wanted a lifting of all sanctions in return for continued disarmament and dismantling of nuclear infrastructure but Donald Trump ignored that Korean aspirations.

In fact, sanctions severely limiting the goods it can exchange, crippling the North Korean economy. Meanwhile, the White House Press Secretary Sarah Sanders later clarified that POTUS  “likes Chairman Kim and he doesn’t think these sanctions will be necessary”.

The unexpected Donald Trump’s announcement came just hours after his administration announced it was sanctioning two Chinese shipping countries suspected of helping Kim Jong-un evade the sanctions.  The move was the first taken against Pyongyang since nuclear negotiations with the US in Hanoi last month ended without agreement.