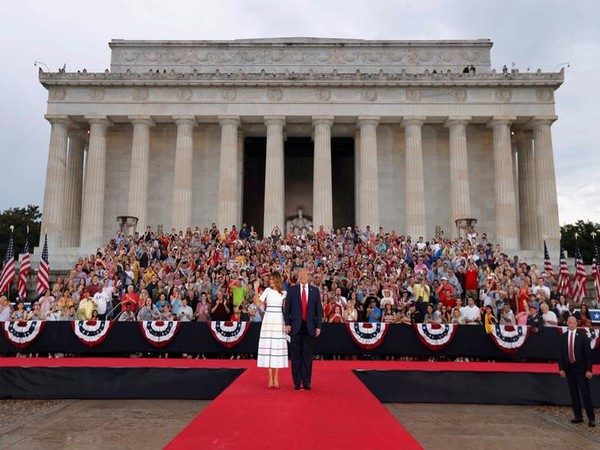 The US President gave a speech, encouraging people to join the military. Speaking to the crowd on July 4th, Donald Trump had a strong patriotic tone while the military flyovers and music featured during the presidential speech. In 2019, the armoured vehicles were part of a «static display» at the event introduced by Trump this year.

The US Military leaders like General Joseph Dunford Jr, chairman of the Joint Chiefs of Staff and Matthew Donovan, acting secretary of the Air Force were in attendance.

«We celebrate our history, our people, and the heroes who proudly defend our flag — the brave men and women of the United States Military!» Trump told the gathered crowd.

The US President has reminded people that today like 243 years ago, the future of American Freedom rests on the shoulders of men and women willing to defend it.

July 4th celebrations event was slammed by Democratic Presidential hopefuls, with Bernie Sanders questioning the need for diverting funds for the celebrations.

Mayor Pete Buttigieg also supported Bernie Sanders in his criticism of military parade. Reducing our nation to tanks and shows of muscle just makes us look like the kind of loudmouth guy at the bar, Buttigieg added.

A military parade was harshly criticized by many politicians and common American citizens. The Trump baby blimp made an appearance, as protesters took to the streets outside the White House before Trump departed for the Lincoln Memorial event.

On Thursday, two protesters were arrested for burning the US flag outside the President’s official residence by the Secret Services.

Operations at the Ronald Reagan Washington National Airport were suspended for the military flyovers and the fireworks, impacting nearly 100 flights.

On Thursday event, Donald Trump was accompanied by First Lady Melania Trump at the celebrations. Vice President Mike Pence, along with his wife Karen Pence, Acting Defence Secretary Mark T Esper, US Trade Representative Ambassador Robert Lighthizer were amongst the high-profile US officials present at the do.