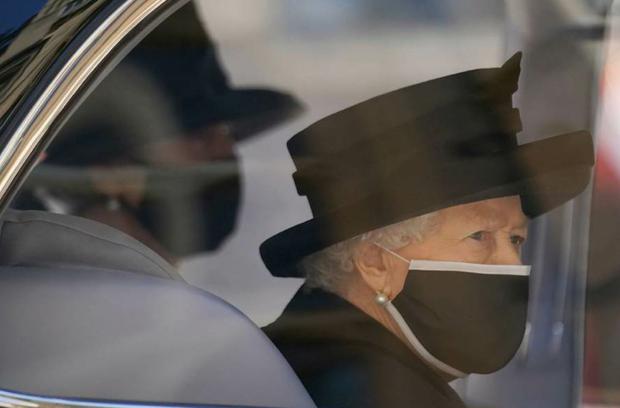 The funeral of the Duke of Edinburgh took place amid a pandemic with its strict rules. On Saturday, more than 730 members of the armed forces took part in the event, but only 30 mourners were allowed to attend the funeral inside St George’s Chapel.

Queen Elizabeth II and whole Britain fell silent for a minute of reflection ahead of Prince Philip’s funeral which began at St. George’s Chapel, in the grounds of Windsor Castle, the home to Elizabeth and her beloved Philip. The 30 guests at the funeral wore morning coats with medals, or day dress, but not a military uniform. In his speech, Dean of Windsor said that all British people have been inspired by Prince Philip’s unwavering loyalty to the Queen, by his service to the Nation and the Commonwealth, by his courage, fortitude and faith.

William, Harry took up their places on opposite sides of the chapel Due to a pandemic, mourners at the ceremony in Windsor Castle were restricted to just 30 and separated due to COVID-19 rules. Prince William and Harry walked into the chapel separately, that was a decision made by the queen. Her Majesty, dressed in black and in a white trimmed black mask, stood alone as the funeral service began in St George’s Chapel. After the United Kingdom observed a minute’s silence in brilliant sunshine, both feuding princes, William and Harry, took up their places on opposite sides of the chapel with the final resting place of Tudor monarch Henry VIII dividing them. Prince Philip died at the age of 99 on April 9. He happily married Princess Elizabeth in 1947, five years before she became Queen, and was the longest-serving royal consort in British history. The couple had four children, eight grandchildren and 10 great-grandchildren.