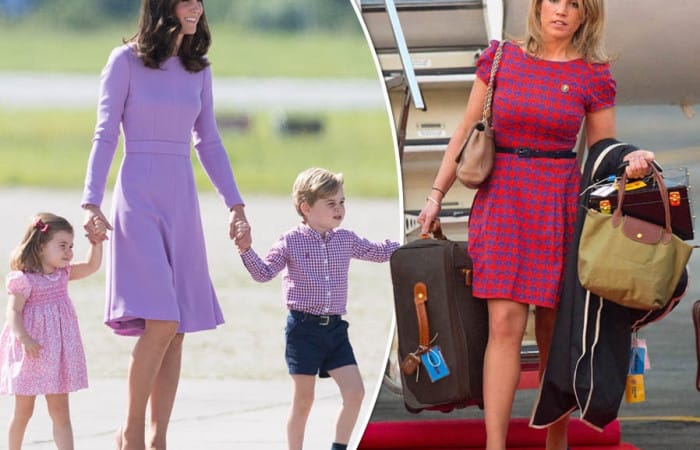 The young British Royals are starting their Scandinavian tour this week. William and Kate’s A-team will accompany them from day one, making sure that everything goes to plan. Who is who on that entourage?

The Duke and Duchess of Cambridge travel to Sweden and Norway this week, the royal couple will be supported by their regular entourage. For Kate Middleton, one of the most important assistants is her new private secretary Catherine Quinn. Who are other friendly faces in the Duke and Duchess’ entourage?

#1 Kate’s private secretary Catherine Quinn will be making her debut on a royal tour as Kate’s right-hand woman. Mrs Quinn will be briefing the Duchess on who she’s meeting. At public events such as walkabouts, Catherine will always be a few metres from Kate, and will be on hand to hold the Duchess’s gifts, flowers and cards she receives from members of the public.

#2 Press Officer Jason Knauf is a communications secretary to Their Royal Highnesses, he has two assistants as well. The American PR guru joined the team in 2015, having previously worked at the Royal Bank of Scotland. Jason was also an adviser to the former New Zealand Prime Minister Helen Clark. Mr Knauf holds a degree in political science and international relations from the Victoria University of Wellington in New Zealand, as well as a masters degree in politics and communication from the London School of Economics.

#3 Amanda Cook Tucker, the woman behind Kate’s trademark Chelsea blow-dry, will accompany the Duchess on tour to help her maintain her gorgeous look. The famed hairdresser, who has styled Kate’s locks for years, has joined the mum-of-two on previous tours. Amanda also visited the hospital shortly after Prince George was born in 2013 to help style the new mum’s tresses into chic, tousled waves.

#4 Personal Assistant Natasha Archer, or Tash, is the creative brain behind the Duchess’ chic and impeccable style. Tash formed part of Kate’s close entourage during the Australia and New Zealand tour in 2014, and again in India and Bhutan, and Canada, in 2016. Tash may be travelling to Sweden and Norway in her role as personal assistant, a position she holds alongside her stylist duties.