Prince William wants George and Charlotte to have ‘simple aspirations’

Prince William gave a brief interview to the Vietnamese channel VTV. The topic of conversation was the Cambridge family, people around the world are very interested in the royal children Kate and William, Prince George and Princess Charlotte. Father noted that he wants George and Charlotte to have ‘simple aspirations’.

Prince William during his interview to VTV in Vietnam said that George and Charlotte despite their royal descent should live in real world and to grow up with ‘simple aspirations’. Kate and William are loving parents but discipline is one of the respectful features for every person, inside Buckingham palace or outside it.

‘I would like George and Charlotte to grow up being a little bit more simple in their approach and their outlook.’

Speaking to Talk Vietnam, father of two shared with his own viewing of materialism, for Prince it “quite tricky” to have a deal with “people living with an enormous amount of stuff that they don’t necessarily need”. That’s why he and Kate are doing their best to explain kids the simple rule of the norm at this paedagogic issue.

Prince William and his wife Kate Middleton have two kids, Prince George is three and half-year-old, Princess Charlotte is one-year-old. Even at this tender age, the parents hope that kids would grow up “treating others as they would like to be treated themselves”. 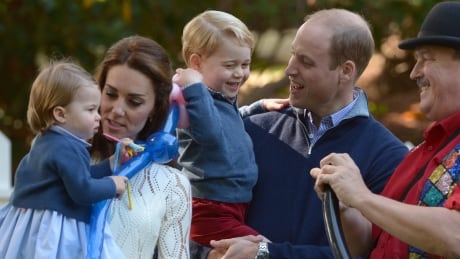 The 34-year-old father admitted he had “struggled at times” with parenthood, which had come with “wonderful highs and wonderful lows”. He said that Kate is wonderful mother:

‘I’m very lucky in the support I have from Catherine, she’s an amazing mother and a fantastic wife. But I’ve struggled at times. The alteration from being a single independent man to going into marriage and then having children is life-changing.’

“George is a right little rascal sometimes, he keeps me on my toes but he’s a sweet boy. And Charlotte, bearing in mind I haven’t had a sister, so having a daughter is a very different dynamic.

When Prince was asked about family in his life, he said:

‘I adore my children very much and I’ve learnt a lot about myself and about family just from having my own children.’

It is the first William’s visit to Vietnam, and the TV appearance of The Duke of Cambridge was scheduled weeks before. Prince William came to Vietnam for an international conference about the number of endangered animals being killed in illegal poaching.