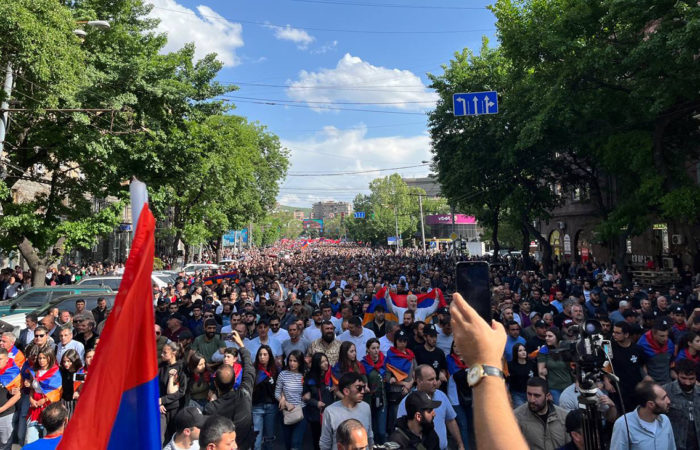 During the protest procession in Yevrevan, the ill-wishers of Armenian Prime Minister Nikol Pashinyan set up the flag of the unrecognized Nagorno-Karabakh Republic in the building of the Foreign Ministry.

Not so long ago, protesters hung the flag of the unrecognized NKR in one of the courtyards of the complex. They did not stop there and demanded that the flag be installed in the building of the Ministry of Foreign Affairs. This was done by the vice-speaker of the parliament from the opposition Ishkhan Saghatelyan.

Protests in Armenia began on April 25, and on May 1 and 2, thousands of rallies took place in Yerevan. The speeches of Prime Minister Nikol Pashinyan contributed to the rallies, saying that the international community called on Armenia to lower the bar on the status of the unrecognized Nagorno-Karabakh Republic.